The House Where Spacetime Began

Modern cosmology is described through Einstein’s elegant general theory of relativity, which shows how matter and energy warp the fabric of spacetime--akin to placing heavy objects on a trampoline.  Spacetime is the amalgamation of space and time into a single four-dimensional whole.  Instead of considering the distance between points in space, or the duration between one moment in time and another, general relativists refer to spacetime intervals that link two “events.”

There are a number of popular misconceptions about the idea of time as the fourth dimension.  First of all, the notion did not originate with Einstein.  In fact, when Einstein proposed special relativity in 1905 (briefly, his theory of reference frames moving at high constant speeds relative to each other), he expressed it in equations that did not involve a fourth dimension at all.

Moreover, the concept of time as the fourth dimension predated Einstein’s work by a century and a half.  In the 1754 work, " Encyclopédie," mathematician Jean d’Alembert represented duration by use of the fourth dimension.  Joseph Lagrange used similar terminology in his 1797 text, “The Theory of Analytical Functions.” Both works made use of the reference in Newtonian physics to movement in space over time, signified by three components of space and one of time.

In 1885 a paper appeared in Nature written by someone who signed his name only “S.” It proposed that reality could be best expressed by combining time and space into “time-space.” As the writer put this:

“We must ... conceive that there is a new three-dimensional space for each successive instant of time; and, by picturing to ourselves the aggregate formed by the successive positions in time-space of a given solid during a given time, we shall get the idea of a four-dimensional solid, which we may call a sur-solid… Let any man picture to himself the aggregate of his own bodily forms from birth to the present time, and he will have a clear idea of a sur-solid in time-space.”

Soon thereafter, H. G. Wells, who was a student at what would later become Imperial College, London, wrote a short story, “The Chronic Argonauts,” involving travel through time.  The story would become the basis of his 1895 novella, “The Time Machine.” In that work, he spoke very clearly of time as the fourth dimension.

Ten years later, when Einstein proposed special relativity, the idea of the fourth dimension was far from his mind.  However, in Goettingen, Hermann Minkowski, who happened to be one of Einstein’s former university instructors, realized that special relativity could be simply expressed in four-dimensional fashion.  In a well-known public lecture in Cologne, Germany, Minkowski proclaimed the demise of space and time as independent ideas, to be replaced by a united spacetime.  As Minkowski said:

“The views of space and time which I wish to lay before you have sprung from the soil of experimental physics and therein lies their strength.  They are radical.  Henceforth space by itself and time by itself are doomed to fade away into mere shadows, and only a kind of union of the two will preserve an independent identity.”

Here are two photos of the house where Minkowski lived in Goettingen during the era when he proposed spacetime (I call it the “house where spacetime began,” because only after Minkowski’s proposal did the concept truly take flight):

Unfortunately, in 1909 Minkowski met an untimely death at the age of 44 when his appendix burst.  He did not live long enough to see Einstein come to accept the fourth dimension and include spacetime manifolds as a key component of general relativity-a theory published in 1915. 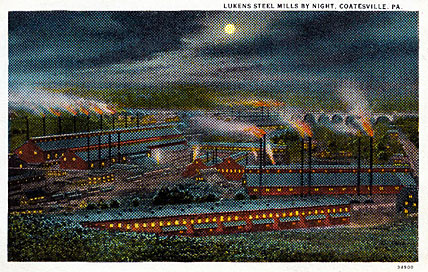