In the early 20th century, astrophysicist George Ellery Hale and other trustees reinvented Pasadena’s Throop University—a vocational college founded in 1891—as an institution for research and education in science and engineering. They renamed it the California Institute of Technology in 1920, and recruited renowned scientists like physicist Robert Millikan and biologist Thomas Hunt Morgan. In the 1930s, students of Theodore von Kármán began experiments in rocketry which led to the establishment of the Jet Propulsion Laboratory, a research facility which Caltech has managed for NASA since 1958. Other major research facilities include the Seismological Laboratory, the Palomar and Keck Observatories, and LIGO, cofounded by Caltech and MIT, which observed gravitational waves for the first time in 2016.

Caltech has a faculty of approximately 300 scientists, engineers, mathematicians, and humanists. Caltech faculty have received 22 Nobel Prizes, including nine in physics, seven in physiology or medicine, five in chemistry, and one in peace. They have also been awarded 26 National Medals of Science and three National Medals of Technology and Innovation.

Among Caltech’s faculty are historians of science with expertise in physics from the early modern period to World War II, as well as the histories of historical chronology, universities, secularization, exploration, geography, and scientific controversy. Caltech is home to the Einstein Papers Project, an ambitious scholarly publishing project to compile, translate, annotate, and publish the historical record of Albert Einstein’s life and work as The Collected Papers of Albert Einstein. The Caltech Archives operates a small history of science museum.

History of science and technology at Caltech, with strengths in physics, genetics, aerospace engineering, and seismology

The California Institute of Technology Archives and Special Collections, founded in 1968, has a mission of facilitating understanding of Caltech’s role in the history of science and technology. Our collections include the papers of Caltech researchers; photographs, film, audio, video, websites, and publications documenting Caltech’s history; scientific instruments characteristic of research at Caltech; and rare books anchored by the Rocco Collection of early modern physics and astronomy. We have been collecting oral histories of Caltech faculty and other affiliates since 1979, and have made approximately 200 transcripts available on the web.

Most utilized collections include the papers of astrophysicist George Ellery Hale, physicists Robert Millikan and Richard Feynman, and aerospace engineer Theodore von Kármán, as well as records of the eugenicist Human Betterment Foundation. Caltech also has substantial holdings in genetics, including the papers of Thomas Hunt Morgan, Alfred Sturtevant, and Seymour Benzer; in seismology, including Charles Richter and Beno Gutenberg; and in gravitational wave physics, including Ronald Drever and Rochus Vogt. Caltech has made publicly available on the web the papers of Hale, aeronautical engineer Paul MacCready, and particle physicist and molecular biologist Donald Glaser. Beyond these examples, the manuscript collections represent virtually every subdiscipline practiced at Caltech. 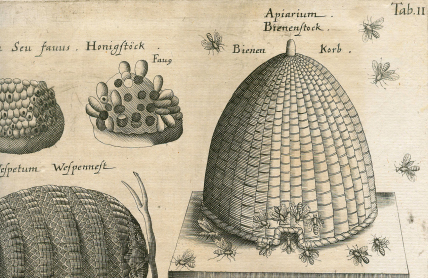