Hagley Museum and Library is a nonprofit educational institution dedicated to the preservation and understanding of America's economic and technological heritage. Located on 235 acres along the banks of the Brandywine River in Wilmington, Delaware, Hagley is the site of the gunpowder works founded by E. I. du Pont in 1802. This example of early American industry includes restored mills, a workers' community, and the ancestral home and gardens of the du Pont family. The Center for the History of Business, Technology, and Society organizes and administers the Hagley Museum and Library's interaction with the world of scholarship. It brings attention to Hagley's research collections, generates intellectual dialogue, and administers research grants and conferences.

Hagley Museum and Library collects, preserves, and interprets the unfolding history of American enterprise. With over a half-million digitized items and 12 terabytes of electronic records and web archives, it brings important historical data to a wider audience than ever before. Hagley's collections document American enterprise and its cultural, social, and political dimensions from the late 18th century to the present. Hagley’s collections document commercial activities across the United States and beyond, and focus on the experiences of firms, trade associations, and individuals involved in trade, design and development, manufacturing, marketing, and logisitics. Documentation is particularly robust for the Middle Atlantic region of the United States but also extends to cover activities in national and even international contexts. Hagley's 42,000 linear feet of manuscripts collections contain the records of thousands of firms as well as the personal papers of the entrepreneurs and innovatorswho helped build them. The library is also the repository for the records of national business organizations, including the U.S. Chamber of Commerce, the National Association of Manufacturers, the National Foreign Trade Council, and the American Iron and Steel Institute. The companies represented range from the mercantile houses of the late 18th century, through the artisan workshops of the 19th century, to the multinational corporations of the 20th and 21st centuries. The collections illustrate the impact of the business system on American society-—its economic, technological, political, cultural, and labor history. Many collections chronicle the development of high technology, research & development, design, and marketing since the start of the 20th century, including the early history of the computer and aeronautics industries, the history of atomic energy from the Manhattan Project onward, and aspects of the computer and communications revolution, the development of electronic mail, and the evolution of national telecommunications policies. Modern design, whether in architecture or product design and packaging, are the focus of several collections, as is the incorporation of the sciences, like psychology, into design and marketing strategies. The Published Collections Department includes rare trade catalogues for a range of scientific and technological companies and is likely the largest collection of its kind. The Department of Audiovisual Collections and Digital Initiatives preserves visual and aural documentation for research areas served by Hagley's collecting mission, and also makes available our growing oral history collection. 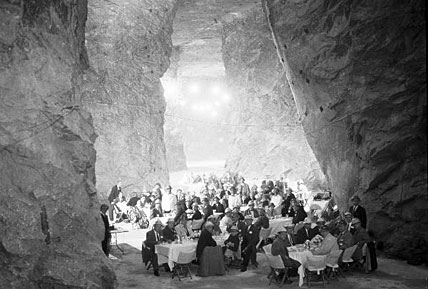