American Women in Physics: Their Higher Education and Sites of Practice, 1870-1940 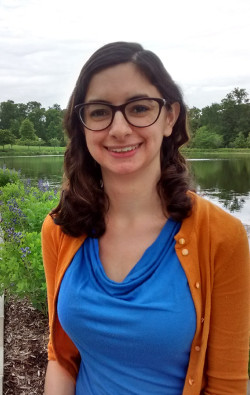 Joanna Behrman is a 2017-2018 Research Fellow and a Ph.D. Candidate in the Department of History of Science and Technology at Johns Hopkins University.

While at the Columbia University archives on a CHSTM Research Fellowship, I made a startling discovery. Buried in George B. Pegram’s papers was a stack of correspondence spanning years between him and a physicist at Vassar College - Isabelle Stone. Very little is known of Stone, despite her notoriety as likely the first woman to earn a Ph.D. in physics in the United States (1897, at the University of Chicago), but these letters were a treasure trove. They revealed a surprisingly deep intergenerational friendship between Pegram and Stone – frequent visits, discussions of research, and filled dance cards for Founder’s Day at Vassar. These letters also revealed the day-to-day life of an American woman in physics around the turn of the century. Stone enjoyed many aspects of her life at Vassar but struggled to maintain an active life in research. She traveled to Columbia on the weekends and over vacations to use their laboratory facilities, growing increasingly frustrated both with the hassle and with her own college's lack of support.
The stories of women in the history of physics are few and far between. Moreover, apart from an exceptional few like Marie Curie or Lise Meitner, women are rarely written into the larger history; very often their stories are treated as peripheral. However, I seek to move the study of women from the periphery to the center of the history of physics. Although it has some commonalities, a history of women in physics has many differences from a history of physics dominated by men. Different institutions, like women's colleges, become much more important. And different labor practices, such as Stone's tiring exertions to conduct research, set the tone. By moving women from the periphery to the center, this project enriches the larger history of physics in the United States.
In my dissertation I unearth the presence of a longstanding and active community of women in physics by examining the intersection of gender, physics, and higher education at colleges and universities in the United States. My historical analysis is organized by place, locating the centers where women congregated to learn, teach, and work in physics. In doing so I have come to identify far more women who were active in physics pre-World War II than I think have been acknowledged. But moreover I have investigated commonalities of place, education, practice, and societal movements from which is woven the broader history.
Each chapter of my dissertation matches a particular occupation type or place with one or more colleges as case studies of education. Sometimes these locations are the same, as in the case of chapters one and two, in which I research normal schools and women’s colleges respectively. The occupation centers I study (along with the case study institutions) include: Normal Schools (Oshkosh and Salem Normal Schools), Women’s Colleges (Wellesley and Bryn Mawr Colleges), Home-Service Departments (Kansas State Agricultural College), Industrial Laboratories (Barnard and Bryn Mawr Colleges), and Government Agencies (Wellesley and Goucher Colleges). Examples from other institutions such Smith College, Emporia Normal School, Columbia University, and the University of Göttingen are brought in to illustrate connections in the broader picture.
Uniting these case studies is an arc examining the changing roles of women in physics. Chapters span a time period of approximately 1870 to 1940 and present a good cross section of the Northeast and Midwest. The first two chapters begin the narrative in the late nineteenth century while the last three chapters incorporate changes of the early twentieth century and WWI. The expansion of the United States westward and the rise of public schooling drove a demand for more teachers, including teachers of physics and related subjects. Normal schools, often dominated by women, broadened the availability of higher education in the sciences. Then, the growth of women’s colleges was perhaps the most impactful and long-lasting events on women in the sciences in the United States. These colleges served as nodes of a larger network of women – providing places to learn and work. Many of these colleges were founded fortuitously coincident with the advent of laboratory education. Their investment in technical education for their students acted as a wedge into new precision industries in the private sector. The First World War opened additional opportunities at the Bureau of Standards and the Patent Office. Finally, the increasing manufacture of technological household goods, particularly with the expansion of household electricity, created totally new types of positions in public offices and consumer-product companies for women to leverage their training in physics and their own femininity.
This project requires going to multiple archives to collect the often-fragmentary traces of women. Thankfully, through the Consortium’s support I was able to travel first to the American Institute of Physics, which houses several biographies and papers of female physicists and male physicists who worked at women’s colleges. Second, I traveled to New York City to visit the Columbia University archives where I found the papers of understudied female physicists such as Isabelle Stone, as well as Lucy Hayner, Margaret Maltby, Harriet Brooks, and Frances Orr Severinghaus. Looking at these and other women has enabled me to uncover the widespread network of female physicists active before World War II and begin to fill in a picture of what life was like as a female physicist in the United States. This research will contribute to a more inclusive history of physics for both professional historians and the broader public.