Louis Gerdelan is a Ph.D. Candidate in the Department of History at Harvard University. He is a 2016-2017 Consortium Research Fellow.

Disasters have become a global obsession: they capture vast amounts of media time and spur continuous public discussion and controversy. As global warming raises the frequency and severity of various types of disasters, it is becoming increasingly urgent that we examine and analyze the complex epistemological and attitudinal frameworks that compose our disaster “mentalities.” Those structures have a long, surprising and occasionally disturbing genealogy that still remains largely unmapped. My project, as part of a doctoral dissertation in progress, is just such an exercise of intellectual cartography. Taking the very broad chronological and geographical frame of the British, French and Spanish Atlantic worlds between 1666 and 1755, I aim to chart the evolution of disaster knowledge and belief at the intersection of science and religion.

The history of disasters is a rapidly growing field of inquiry, whose practitioners have developed a set of frameworks geared towards understanding the causes and effects of catastrophes in their social, political and climatic dimensions. However, we possess only a small body of research on disasters within the domains of the history of science, intellectual history and cultural history. As a result, we lack answers to many broad and important questions about the evolution of ideas and discourse surrounding disasters. Most vexing for students of the “premodern” world is the troublesome issue of religion. How important were religious views—for instance that disasters were the products of a wrathful God justly punishing sinful humanity, or were the means by which He tested the faith of His children? And how can we reconcile such views with nascent “scientific” ideas about the physical causation of earthquakes and storms? My dissertation hopes to provide a new way of thinking about these issues. Instead of assuming the occurrence of some kind of revolution or paradigm shift from a hyper-religious disaster mentality to a rational one during the seventeenth and eighteenth centuries, I have tried to untangle different “languages” of disaster, which writers could draw upon as intellectual and rhetorical resources. What has emerged is a picture that emphasizes syncretic mixture and cross-pollination as much as opposition.

My research within the Consortium for the History of Science, Technology and Medicine extended across six libraries: three in Philadelphia and one each in Missouri, Connecticut and Ontario. At the Linda Hall Library in Kansas City in September 2016, the first stage of this research agenda, I consulted several key works of natural philosophy and natural history connected to the understanding of earthquakes. Robert Hooke's Discourse on earthquakes, (reprinted in the Posthumous Works) was probably the most important and widely read of the seventeenth-century earthquake treatises written in English. Hooke was one of the first savants to study earthquakes seriously through the prism of Baconian science, and his connection with the Royal Society in London meant that his work could circulate within a remarkably wide network of intellectuals extending far beyond Britain. John Ray (Three physico-theological discourses (4th ed., 1732)) and John Woodward, An essay toward a natural history of the earth (1st ed., 1695)) shared Hooke's passion for deciphering subterranean movements, but harnessed this pursuit to the religious purpose of understanding the Deluge—the foundational disaster of the Bible—within naturalistic terms. In doing so, these men helped to pioneer the study of the natural history of the earth, the progenitor of the earth sciences.

At the American Philosophical Society, I followed this investigation through the eighteenth century with Charles Leslie's A new history of Jamaica (1740). Leslie, building upon the influential naturalistic description of Jamaica by Hans Sloane, set out within his book an account of Caribbean earthquakes and hurricanes informed by the latest work of British savants. The Franklin papers of the APS also chart Ben Franklin's evolving views on earthquakes: by 1782, as I found in a letter to the Abbé Soulavie, he was convinced that they were the result of waves of compressed air beneath the earth. However, virtuosi were not merely interested in understanding the causes of disastrous phenomena: many also attempted to provide practical solutions for combating them or ameliorating their effects, for instance by developing fire engines. These engines, and the men who manned them, or who joined mutual-assistance clubs to protect the property of fellow members, developed a whole fire culture which has long since vanished. At the APS I uncovered some of the quirky features of this culture, in a set of ballads that glorified the prowess of specific engine companies and the beatings they dealt out to rival companies, as they raced to be first to arrive at a fire. Though the extant examples mostly date from the nineteenth century, they were without question heirs to a strong tradition of corporate and neighborhood loyalty in fire-fighting which stretched back at least to the late seventeenth century.

During my visit to the Chemical Heritage Foundation's Othmer Library, I had the opportunity to consult (among other things) the Jesuit Athansius Kircher's path-breaking Mundus subterraneus (1665). This is a massive tome written in Latin and illustrated with a set of incredible plates detailing Kircher's vision of a network of subterranean arteries stretching beneath the earth, which conveyed both fire and water between far distant locations. It was Kircher who finally (or so it seemed) solved the question of the coincidence of earthquakes or eruptions in places separated by large distances or by oceans. When earthquakes in 1692 first destroyed Port Royal in Jamaica, and then alarmed London, many naturalists drew upon Kircher's theory to explain the connection, insisting that the subterranean fire that enabled the earthquakes had flowed from the Caribbean to Britain through such means. I also took advantage of the presence in the Othmer Library of a copy of Thomas Burnet's The sacred theory of the earth (1684-1690), an influential but massively controversial work, which claimed to use a combination of Biblical exegesis and naturalistic investigation to show that the earth's structure can be explained by a series of divinely-caused catastrophes.

At the Library Company of Philadelphia (in the intervals between heavy snowstorms) I delved further into the question of the causation of the 1692 earthquakes through pamphlet literature. One example of this is the anonymous pamphlet, The truest and largest account of the late earthquake in Jamaica (1693). Although the large treatises by savants like Kircher, Hooke and Ray enjoyed wide influence within certain intellectual circles, most readers encountered descriptions of distant disasters through these small, cheap accounts, which often sensationalized facts and reported exaggerated stories of miraculous events.

The Beinecke Library at Yale University proved to be a treasure trove of manuscript material on disasters, including commonplace books, poems and letters recording the personal thoughts of the writers about earthquakes, storms and fires. Such private recollections sometimes display very different attitudes to the public statements of a printed text. One anonymous writer even recorded his hostility to a wealthy financier whose house burned down in a conflagration in London in 1724. I also uncovered here an amulet worn at the breast to protect the bearer from catastrophic fires and other threats to life, in the form of a paper covered in ornately-styled geometric Hebrew script, dating from the eighteenth century. This kind of device helps to show the continuing vitality of what Keith Thomas described as 'religious magic', well into the period once known as the 'Age of Reason'. It is precisely this kind of continuity that destabilizes the image of an era guided in its interpretation of disasters by rational science, and encourages us instead to look for a more syncretic and protean set of attitudes.

My final trip to the Thomas Fisher Library at the University of Toronto led me to consider two further “alternate” registers in disaster discussion. The first of these was Robert Fleming's Discourse of Earthquakes (1693), which used the two earthquakes of the previous year in Jamaica and London not to posit the existence of subterranean tunnels, but the concurrence of sinfulness. Fleming blasted virtuosi for prying into the secrets of God, and insisted that both earthquakes were miraculous examples of God's direct Providence—a mysterious and holy operation totally outside the boundaries of natural investigation. John Goad's Astro-meteorologica (1686) took an entirely different approach, analyzing earthquakes, fires, storms and other disasters from an astrological point of view. Goad believed that disasters were linked neither by sinfulness nor a shared physical causation, but by the reappearance of certain planetary conjunctions in particular circumstances.

This set of research trips has enabled me to consult a wide range of materials: not only many of the core “scientific” texts, but also popular pamphlets, religious tracts, astrological treatises, and personal manuscript materials. It is above all the interplay of the different perspectives within these texts that fascinates me—and it has left me convinced that only an interpretation taking account of all these genres can provide an overall framework for understanding changes in attitudes towards disasters. 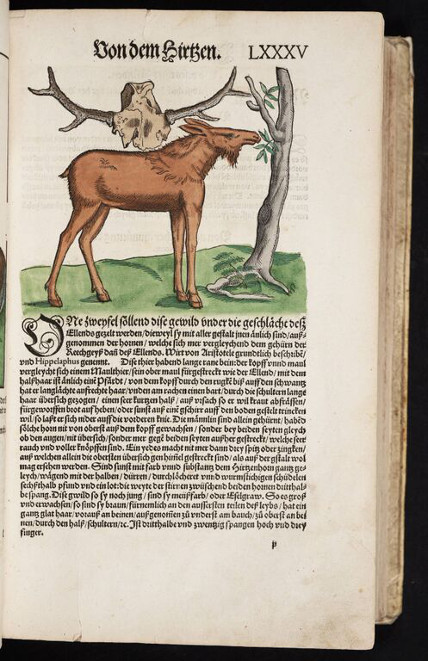