Care of Bodies, Cure of Souls: Medicine and Religion in Early Modern Germany

Tricia Ross is a Ph.D. Candidate in the Department of History at Duke University. She is a 2016-2017 Consortium Research Fellow.

In 2016-2017, the Consortium provided me with support for research trips to four affiliated collections: the Yale Medical History Library, the New York Academy of Medicine, Princeton University Rare Books Library, and the Philadelphia College of Physicians. Research conducted during these visits proved valuable in helping me finish my dissertation (submitted and successfully defended in spring 2017), and have helped me as I revise an accepted journal article for publication and begin a new project.
I visited the Yale Medical History Library and the New York Academy of Medicine in December 2016. During my visits, I consulted sources by central figures in my dissertation, physicians and natural philosophers working in the Wittenberg Circle. These include: Caspar Peucer, Daniel Sennert, Caspar Bartholin, Johannes Magirus, and Gregor Horst. I selected sources that discussed medical and natural philosophical theory such as Magirus’ Physiologiae peripateticae, Bartholin’s Syntagma medicum, and Gregor Horst’s Medicarum institutionum compendium. Key works for my research were Daniel Sennert’s works on Galenism and Paracelsianism (De chymicorum cum Aristotelicis et Galenicis consensu ac dissensu) and occult diseases (De morbis occultis). Altogether these texts gave me insight into how physicians in the Wittenberg circle received Galenism and in some cases (like Sennert and Horst) also attempted to reconcile it with new theories of disease. This was critical research for the completion of chapter 2 of my dissertation, which evaluated theories of disease and treatment in relation to natural philosophy among Lutheran physicians. That chapter highlighted Sennert’s engagement with Paracelsianism and discussed his theory of occult diseases and witchcraft, based in part on the research I completed during this trip.
In April and May, I visited the Princeton Rare Books Library (April) and the Philadelphia College of Physicians (May). During my visits, I consulted sources relating to a key term in chapter one of my dissertation—“anthropologia.” Building on work about anthropologia in my dissertation and in a forthcoming journal article, I plan to begin a second research project investigating the development of the field over time and whether this interdisciplinary seventeenth-century field (comprised of a combination of natural philosophical, religious, and medical studies of humans in body and soul) related to the development of the social sciences in the eighteenth and nineteenth centuries. During my visits to Princeton and the College of Physicians, I consulted a variety of early anthropologia and anthropology texts to help me begin to piece together this larger narrative. These include: Immanuel Kant, Die Anthropologie in pragmatischer Hinsicht; Ernst Plater, Anthropologie für Aerzte und Weltweise, Theodor Waitz, Introduction to Anthropology; Albert Kyper, Anthropologia corporis humani, contentorum et animae naturam et virtutes secundum circularem sanguinis motum explicans; and Magnus Hundt, Antropologium de hominis dignitate, natura et proprietatibus, de elementis, partibus et membris humani corporis. At the College of Physicians, I also consulted texts on physiognomy, including Giambattista della Porta’s De humana physiognomonia libri IIII and The pocket Lavater, or, The science of physiognomy: to which is added, an inquiry into the analogy existing between brute and human physiognomy, from the Italian of Porta. These visits provided many new leads for the project I have begun on the development of anthropology and the study of human sciences out of earlier studies of human bodies and souls by physicians, including insights about the uses of medicine in the discipline and how that changed over time. By consulting physiognomy texts, I also realized the significance of attempts to read and discern character from physical characteristics for the earliest human sciences, and how some thinkers attempted to draw a close connection between physiognomy and medicine. The research completed in Princeton and at the College of Physicians was particularly helpful as I revise an accepted and forthcoming article on anthropologia for the Journal of the History of Ideas.
With the support of the Consortium for the History of Science Technology and Medicine, I was able to conduct research vital to the successful completion of my dissertation, entitled Care of Bodies, Cure of Souls: Medicine and Religion in Early Modern Germany. I successfully defended that dissertation in March 2017. In addition to helping me finish that dissertation, my research has also helped me begin a new research project and begin revising a journal article. 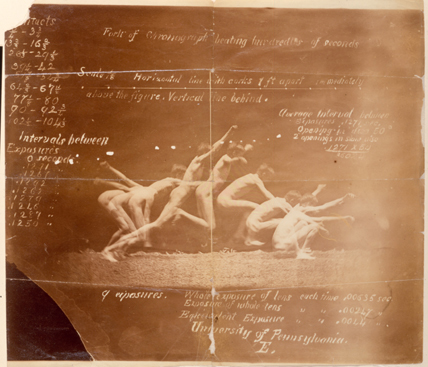