Citizenship and Gender in the Correspondence of Technoscience Activists 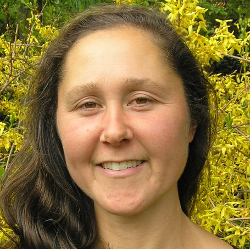 Emma Schroeder is a Ph.D. Candidate in the Department of History, University of Maine. She is a 2019–2020 Consortium Research Fellow.

With the support of a Consortium for History of Science, Technology, and Medicine research fellowship, I visited the University of Toronto Archives, Yale University’s Manuscripts and Archives, Columbia University’s Rare Book and Manuscript Library, and the Rockefeller Archive Center in June and July of 2019. This trip allowed me to complete research for my doctoral work. In my dissertation, tentatively titled “Making Home, Making Earth: Transnational Technological Activism, Citizen System Science, and the Emergence of Ecological Domesticity, 1960-1989,” I look at the ways grassroots social movements co-produced citizenship, geographic imaginaries of the ‘whole earth,’ ecology, and gender.[1] I pay specific attention to the ways women’s actions produced ecological epistemologies; promoted the idea of ecology as a form of social practice and protest; and, in the process, transformed homes into ecologically responsible, and responsive, spaces. In my work, I follow Aya Kimura’s recent call to understand the ways citizen-science activism produces not only scientific knowledge but also citizenship practices.[2]

While I looked at a variety of materials in each of the archives, I found myself drawn to correspondence – from personal notes to published letters to committee memos – as valuable evidence for my dissertation work. These documents show the ways individuals re-envisioned their rights as citizens while they produced knowledge about cold war technoscience – knowledge that made the boundaries of countries, ecosystems, and bodies appear increasingly porous. For the remainder of this research report, I will discuss the correspondence of Women Strike for Peace (WSP, United States) and Voice of Women (VOW/Voix des Femmes, Canada), women’s disarmament and peace groups that began in the early 1960s; the New Alchemy Institute, an appropriate technology organization of the 1970s; and the Committee on the Effects of Herbicides in Vietnam (CEHV), organized by the National Research Council. Each group emerged from a time of war, made up of people who desired to stem state violence through technoscientific activism. Archival correspondence forms a record of the politics of knowledge production, specifically the discursive processes that structure citizenship practices and scientific epistemologies.

At the University of Toronto Archives, I spent several days reading through the papers of Ursula Martius Franklin. Franklin, a post-WWII German immigrant to Canada, physicist, feminist, and pacifist, acted as the Voice of Women’s research coordinator in the early 1960s. Her papers contain many files related to VOW’s work, including the group’s radiation activism. In June of 1963, VOW published the brief “Fallout Monitoring in Canada” and submitted it to the Minister of National Health and Welfare. As the primary author, Franklin stated the women’s concerns about the Canadian government’s lack of attention to fallout monitoring, framing their worries in terms of citizenship. She wrote, “The Canadian citizen does not know whether his government seeks or receives advice on radiation health matters from sources outside the federal civil service … It also does not seem to be known publicly who is responsible for the enforcement of any such standards.” [3] VOW’s primary concern lay in the lack of government responsibility for public health and rights of citizens to know what threats radiation posed. In a letter, Helen Cunningham praised Franklin’s work: “I still dream of the day when VOW will produce a political statement approaching the quality of your brief.”[4]

Despite Cunningham’s distinction, it would be faulty to categorize this scientific report as non-political.[5] Indeed, correspondence that surrounded the brief’s publication indicates that VOW members held the research to be utterly political. In letters to one another they debated the best ways to publicize their findings, which sympathetic news reporters to alert, and which level of government should be responsible for radiation testing.[6] Franklin herself became the object of a “smear”[7] and thus explained her desire to finish the report by noting that she had “no intention to continue being a dangerous influence in VOW. Nor do I wish to turn the movement into a Communist outfit[,] I would like to get this done as soon as possible.”[8]

Such letters show that individuals in VOW knew the political potential of claiming the right to produce scientific knowledge. Their notes also indicate they were acutely aware that women were not permitted the same access to rational, technoscientific citizenship as men. Members insisted on removing any “emotionalism”[9] from their presentations, not wanting to show “hysteria or emotion from women.”[10] The radiation brief also directly dismissed women’s supposed incapacity to enact rational citizenship practices. Franklin rejected the concern that monitoring would create “panic and undue emotional reactions, particularly among mothers,” pointing out that women had recently “absorb[ed] the facts of a whole new science of nutrition” and so must also be capable of grasping “the basic facts and implications of radiation contamination, if those facts are presented to them in a spirit of honesty and co-operation.”[11] VOW members constructed arguments that displayed women’s ability to understand and incorporate science into their daily lives. In doing so, they insisted they were as capable of rational, scientific citizenship as men.

At Columbia University, I spent time with documents of Women Strike for Peace (WSP), a women’s disarmament group in the United States. WSP bulletins and newsletters indicate women’s awareness of both gender as a political tool and the ways race structured United States’ policy.  In a 1965 bulletin, one woman called for a “Peace Hostage Corps,” asking, “Would there be such easy acceptance of the torture, the napalm bombs, the crippling of women and children, if the ‘enemy’ were a European nation – Germany, for example? … Is it possible to neutralize our attitudes of white superiority by a demonstration of human togetherness?” She went on to argue that “a middle-aged, white American grandmother” living in “every hamlet and village” might stop the bombs. In the same newsletter, another woman contended that WSP should connect with African Americans because of “the profound kinship between the struggle for their freedom and the struggle of the Vietnamese people for liberation.”[12] Such discussions, which underscore the relationship of gender and race to global ecological destruction – “the napalm bombs” – should be part of the ways we understand the historical production of global ecologies.[13]

I traveled to Yale University to look through the collection of the ecologist G. Evelyn Hutchinson, where I spent time reading papers related to the Committee on the Effects of Herbicides in Vietnam (CEHV). In memos, the men on the CEHV primarily debated methodological issues. In doing so, they maintained their identities as scientific observers who were objectively analyzing the ecological effects of war. Discussions indicate they understood the need to protect the professionalism and expertise – and thus the political sway – of the National Academy of Sciences (NAS). Hutchinson ended one scathing letter focused on methodological errors with the comment that “It would seem to me tragic if the Academy is obligated to give its approval to a document containing supposedly significant material which at its best would be of marginal quality in the work of a student.”[14] Notes also show that these men recognized the political repercussions of their work. One scientist insisted that the report misrepresented his findings, arguing that this could lead to a lack of funding for research into the reproductive effects of herbicides.[15] Hutchinson himself threatened to resign as chair of the panel appointed by the NAS Reports Review Committee to review the CEHV’s final report when scientists were not given full access to classified data. In doing so, he argued that legitimate scientific research required government transparency.[16] These scientist-citizens knew that their science moved beyond the bounds of objectivity into the terrain of international geopolitics.

Much as the study of herbicides in Vietnam indicates the transnational character of ecological knowledge and citizenship, materials at the Rockefeller Archive Center gave me a sense of the ways grassroots technological movements embraced the long-established internationalism of funding organizations like the Rockefeller Brothers Fund. When writing grant requests, organizations such as the New Alchemy Institute (NAI) emphasized their transnational activities in order to gain funds. Not only organizations but individual lives crossed national boundaries in ways we rarely consider. For instance, grant materials for NAI included narrative biographies of several members. One woman, Hilde Maingay, grew up in Indonesia where she “spent several years during World War II in Japanese concentration camps,” an experience that shaped her design practices and taught her “resourcefulness, practicality and awareness of the waste in modern society.”[17] And so war seeps into ecological design practices not only in scientific committees but in personal lives as well.

All of these moments of communication – between activists, to granting institutions, within scientific committees – constitute moments of political action and moments in which global ecological epistemologies and gender entwined with the practice of citizenship. Yet the time I spent in these collections still leaves me with questions: In what ways can historians fully integrate private correspondence into the public life of ecological thought? What processes connect grassroots social movements to institutional change? Can we see the marks of past gendered social norms, cultural beliefs, and identities in ecological science today? Despite such questions, it seems clear we must find a way to more fully incorporate grassroots technoscience activists into the larger narratives we tell of ecological and political change. For it is only by making them witnesses to past knowledge creation that they will be provided full citizenship. Indeed, citizenship partially rests on a person’s ability to create knowledge and so make the world anew.[18] The people involved in the conversations I have outlined above were certainly intent on re-forming the world. Such activism continues today in people’s political attempts to fashion more just configurations of gender, ecology, and citizenship.

[5] Olga Kuchinskaya, "Citizen Science and the Politics of Environmental Data," Science, Technology, and Human Values 44, no. 5 (2019).

[11] Voice of Women, "Fallout Monitoring in Canada: Brief to the Minister of National Health and Welfare," 4.

[12] WSP bulletin, 1965, Bella Abzug papers, Box 1004, Folder “Political Activity,” Rare Book and Manuscript Library, Columbia University Library. Bella Abzug’s papers contain many documents related to WSP. Abzug, a founding member of WSP, became a member of the U.S. House of Representatives. Numerous letters from constituents provide valuable insights into the ways individuals viewed the confluence of militarization, ecological deterioration, and governance. This is especially true of letters written around the time of the energy crisis in 1973 and letters related directly to the war in Vietnam.

[13] Indeed, historians have described the ways ecology intersects with war but rarely include gender and race in their analyses. Elizabeth DeLoughrey, "The Myth of Isolates: Ecosystem Ecologies in the Nuclear Pacific," Cultural Geographies 20, no. 2 (2012); Donald Worster, Nature's Economy: A History of Ecological Ideas, Second ed. (New York: Cambridge University Press, 1994). 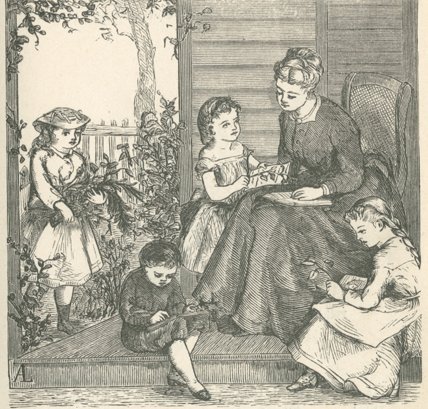