Homo-Musicus: The Early Modern Sciences of the Human Body 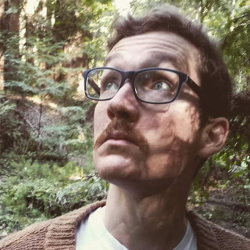 Edward Halley Barnet is a 2018-2019 Research Fellow and Ph.D. Candidate in the Department of History of Science, Stanford University.

My dissertation examines the ways in which early modern physicians and natural philosophers employed musical metaphors and models in order to conceptualize human vital function and experience. Almost every early modern investigation of the body, whether medical, physiological, or psychological, had to confront in some way the central tension between the faculties of the soul and the activities of the body. In music, musical instruments, and musical ideas, philosophers from across western Europe found conceptual tools with which they attempted to bridge this gap, by connecting the physical and even mechanical processes of the body with the more abstract phenomena of thought, cognition, health, and pleasure. Some philosophers described the human body as a musical instrument, a harpsichord played alternatively by the soul and the external world, whose strings communicated sensations and ideas. Others used the principles of harmony to set up frameworks of both health and aesthetics, whereby harmonic proportion became the core criterion of sensorial pleasure, and good health a question of tuning. By the middle of the 18th century, what I have dubbed homo musicus, or the musical human being, had become one of the most wide-spread metaphors of the human body, and indeed human experience. Unlike the better-known figure of the clock, homo musicus embraced both body and soul, and allowed early modern gens de lettres to speak about the body in terms that transcended the limitations of mechanism. While aspects of homo musicus still inform how we think about the body today, for the most part this intellectual tradition did not survive the 18th century; by studying it we can work to understand more clearly the limitations of our current models of mind and body.

Over the course of conducting research for my dissertation, I have found it necessary to consult primary sources from a wide range of disciplinary backgrounds, from medicine to natural philosophy to the fine arts. Due to the somewhat eclectic nature of my corpus (at least from a modern point of view), I have had the most success in my archival work when I have access to a large variety of early modern sources. This has often necessitated visiting many different libraries and archives - which was precisely what I was able to do in New York and Philadelphia in May 2019, thanks to the generous support of the Consortium for the History of Science, Technology and Medicine. In particular, I visited American Philosophical Society, the College of Physicians, the Library Company of Philadelphia, the New York Academy of Medicine, and the Special Collections of Columbia University.

At the New York Academy of Medicine, I spent most of my time studying the Theatrum sympatheticum, a multi-authored 17th-century treatise most famous for its dissertation on the sympathetic weapon salve. My interest, however, lay with the treatise's consideration of sympathetic resonance, the acoustic phenomenon by which the vibrations of one string can cause another similarly-taut string, located at a distance, to vibrate. Sympathetic resonance occupied a central position within my dissertation: natural philosophers frequently used sympathetic resonance as an analogy for how the invisible might be explained by means of the visible, how occult forces - magnetism, gravity, or even though - might be understood intelligibly.

Sympathetic resonance, and vibration more generally, played important roles in the philosophies of Robert Hooke and Isaac Newton, whose work, along with that of their followers, I consulted at the Library Company of Philadelphia, the American Philosophical Society, and the College of Physicians of Philadelphia. At the Library Company, I divided my time between studying Hooke's Micrographia (1665), Newton's Opticks, and the Philosophical Transactions. In the Micrographia, Hooke proposed a corpuscular theory of matter in which particles cohered to one another through sympathetic resonance. For his part, Newton relied heavily on acoustic analogies in his speculations on the nature of light and the inner workings of human physiology (which he finally exposed to the public in the later editions of the Opticks) I also found the Library Company's extensive holdings of the original editions of the Philosophical Transcations extremely useful; by pouring over the periodicals' indexes and verifying each issue's publication date, I was able to construct a precise chronology of pertinent scientific developments in 17th- and 18th-century England.

At the American Philosophical Society, I continued my work on Newtonian physiology, most notably through the Irish physician Bryan Robinson's Sir Isaac Newton's Account of the Æther, with some Additions by way of Appendix (1745). I had already studied a second dissertation Robinson, had published in 1747 on Newton's aether hypothesis; however, before coming to the American Philosophical Society I was unaware of this first treatise. It was a happy discovery, since in 1745 Robinson discussed at length the importance of a vibrating aether for the cognitive function of perception. My second chapter explores the growth of ideas such as Robinson's in the Great Britain during first half of the 18th century; I argue that, through the vibrating aether, British natural philosophers placed vibration and resonance at the heart of human vital function.

At the College of Physicians, I spent most of my time pouring through the many publications of the English physician George Cheyne, who published extensively on medicine, physiology, and the soul in the first half of the 18th century. One of Cheyne's favourite metaphors was a stringed musical instrument, to which he frequently compared the body in an attempt to explain the complicated relationship between body and soul. Like Robinson, Cheyne also used a vibrating aether to describe cognition: “like the Musician shut up in his Organ Room,” the soul determined the actions of the body by directing the oscillations of the aetheral matter.

Finally, at the Columbia Library Special Collections, I consulted a wide range of early modern print sources, from Hautefeuille's Problème d'acoustique curieux et intéressant (1788) and William Holder's A Treatise of the Natural Grounds, and Principles of Harmony (1731), to Robert Boyle's Works (1788) and Hooke's The Posthumous Works (1705). Of these Hooke's Posthumous Works was probably the most useful, for in this collection of his hitherto unpublished writing, Hooke developed his speculations on the power of sympathetic resonance into a near-comprehensive theory of cognition, in which he compared the soul to a resonating sun at the centre of a near-material mind.

In addition to the time I spent conducting research at these Consortium institutions, I also had the pleasure to present a brief summary of my dissertation to the Consortium's working group at the American Philosophical Society. I found the ensuing discussion, which gathered not only researchers in Philadelphia, but also an observer from the Linda Hall Library, highly enriching, and some of the feedback I received continues to inform my work today.