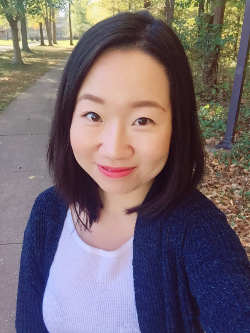 Xiao Li is a Ph.D. Candidate in the Department of History, Southern Illinois University. She is a 2019-2020 Consortium Research Fellow.

My dissertation examines the career of Yamei Kin (1864-1934), the first Chinese woman to obtain a medical degree as well as a college degree in the United States (1885) amidst anti-Asian xenophobia which culminated in the Chinese Exclusion Act (1882). She emulated Elizabeth Blackwell by opening the medical profession to Chinese and Japanese women and headed U.S. research on soy food during the meat shortage of World War I to look for a meat substitute which had the same nutrition. There were many sources I used during my stay in Philadelphia as discussed below.

At University of Pennsylvania, I used the archives of Divie Bethune McCartee. He was a graduate of the school of medicine and was a pioneer missionary to China and Japan in the latter half of the 19th century. He stayed in East Asia for fifty years and donated what he collected in East Asia including books and calligraphy to the University of Pennsylvania to help form one of the earliest East Asian collections in the United States. Besides missionary work, McCartee also served as an important diplomat and as a college teacher of University of Tokyo. He helped settle many diplomatic disputes among the three countries and therefore received many awards from the Chinese and Japanese governments. His medical, educational and diplomatic work made great contributions to the modernization of East Asia. His collection shed light on early American missions in East Asia and China-U.S. relation which was the content of chapter 1 of my dissertation. The collection at University of Pennsylvania includes the medals he received from Chinese and Japanese governments, scrolls (Asian versions of thank-you letters), news reports and journal articles, correspondence, and his diploma. The texts not only gave very important information on his career as a medical missionary and diplomat in China and Japan, but also what Yamei Kin’s childhood was like because she always lived with McCartee.

In the Drexel University School of Medicine Legacy Center, I mainly focused on the American women’s medical education in the latter half of 19th century and the early Chinese alumnae of the school. Among the five earliest Chinese women doctors who received education abroad before China approved of women’s education in 1907, three of them graduated from WMCP. Yamei Kin did post graduate work there in 1886. The two women who succeeded Yamei Kin to head the nursing school and women’s hospital before the communist rule also graduated in WMCP. Li Yuin Tsiao graduated in 1911 and Me-Lung Ting did postgraduate work there in 1922. Yamei Kin’s assistant when she established the school--Mary James Latimer--graduated from WMCP in 1907. From their files, I learned about their careers, Yamei Kin’s school, medical education of Chinese and American women, and medical conditions in China.

I found more than what I expected at Drexel. In addition to the archives of Woman’s Medical College of Pennsylvania I found valuable holdings on women in medicine throughout the world. For my dissertation, besides the alumnae files, I found two other files that are very useful. “Asian American Women Physicians Project” was a project of the 1990s to collect primary and secondary sources on Asian women physicians in America. I found the interview of a niece of Li Bi Cu who worked in the same period as Kin. There are also some journal articles and news reports on Yamei Kin in this file. As the first woman to obtain a medical degree in the U.S., she attracted a lot of attention. Besides Chinese women, there are journal articles on early Japanese women's medical education. This is very useful because Yamei Kin was a medical missionary to Japan and I learned from the archives that there were actually no modern Japanese women physicians in Japan when Yamei Kin was there. This can partially explain the importance of Yamei Kin’s work in Japan. She trained women to be nurses, taught midwives gynecology and obstetrics, and opened a dispensary in the poor area of Kobe to take care of women and children, as she did later in China because at the time, Japanese women, like the Chinese women, could only see women doctors for health care.

The other file I discovered, “Women in Medicine," is an index book about women and medicine of the world. I used the articles and books on early women's medical education, debates and controversies, China, America and individual women doctors, including Yamei Kin and other Chinese women doctors. Drexel has copies of each item. Other important archives for my dissertation include annual announcements, student journals, and minutes of faculty meetings of woman’s medical college of Pennsylvania.

At the American Philosophical Society, I mainly read Simon Flexner’s Papers. He was the first director of Rockefeller Institute for Medical Research. He supported Yamei Kin’s efforts to land Chinese women in American medical schools and directed the establishment of Peking Union Medical College, the leading medical school and hospital of China with Rockefeller Foundation’s aid. In the Simon Flexner Papers, there are Yamei Kin’s correspondence, medical condition of China and information of PUMC including that of Pai Tsui Lan, Yamei Kin’s student who enrolled in the nursing program in Johns Hopkins University through Yamei Kin and Simon Flexner’s influence.

The archives I found at these three institutions have been pivotal to three chapters of my dissertation which deal with early Christian missions in China and early medical education for Chinese women and American women respectively. They have shed invaluable light on Divie Bethune McCartee, Yamei Kin, and medical education of women in China, Japan, and the U.S. I am indebted to the Consortium for its support of my dissertation and to all the archivists and librarians who helped me along the way.