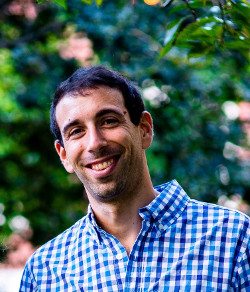 Paul Braff is a 2017-2018 Research Fellow and a Doctoral Candidate in the Department of History at Temple University.

White physicians in the late nineteenth century and early twentieth century frequently wrote African Americans off as a lost cause, categorized the race as inherently unhealthy, and refused to treat black patients or used heavy-handed tactics, such as forced vaccinations, to improve black health. Indeed, in 1896, statistician Frederick Hoffman argued in The Race Traits and Tendencies of the American Negro what Charles Darwin and other scientists and doctors had asserted for years: African Americans were going extinct. Within the context of the burgeoning professionalization of the medical field, such a conclusion had the potential to omit African Americans from medical care, especially when combined with the preconceived racial differences of the time.

To fight this perception, in 1915 Booker T. Washington inaugurated National Negro Health Week (NNHW), a 35 year public health campaign, and the subject of my dissertation. My research focuses on the evolution of the Week, how the Week’s leaders described and inculcated proper health, and how those efforts changed, especially with the intervention of the federal government. Originally, the Week focused on both public and private displays of health. Washington and his successor, Robert Moton, both emphasized hygiene as well as painting and whitewashing, the latter overt actions to demonstrate that African Americans could achieve “proper,” or white, standards of cleanliness and connect being clean with health improvement. Thus, the Week incorporated Washington’s racial uplift philosophy as NNHW extolled health and cleanliness values to blacks that aligned with those of whites in the hope of decreasing racial differences. This non-clinical definition of health, in which practicing proper hygiene and painting, not physician overseen checkups and vaccinations, made one healthy, allowed African Americans to understand their own health and empowered them to become leaders in their communities. The straightforward and inexpensive activities the Week suggested were easy to duplicate and rally the community behind. The connections made in organizing a Week could then be used for more extensive African American social and political activities.
This non-clinical definition of health illustrated Washington’s understanding of the connection between health and social constructions of race. While historians have identified this relationship, they have found few examples of subjects employing this concept of health. Due in part to Washington’s and Moton’s lack of medical experience and the need to make health attainable for the mostly rural African American population without access to the medical establishment, the Week’s leaders chose to omit physician oversight in assigning health definitions.
When the U.S. Public Health Service (USPHS) took the Week over in 1932, it gradually altered the Week’s health program to support the medical establishment. However, the archives are surprisingly sparse when it comes to illuminating this change. While there are many newspaper and journal articles about the Week, the actual records and discussions of the Week’s leadership have been lost. Combing the National Archives, both archivists and historians have come up empty in finding either the records of the Office of Negro Health Work, which ran NNHW, or the personal papers of its Chairman, Roscoe C. Brown.
Such a loss means that every document related to the Week is vital to those wishing to better understand the USPHS’s impact on the Week and how those in the medical establishment perceived their African American audience. Here, the Consortium’s support has been invaluable and its partner organizations have also allowed me to examine how NNHW worked at the grassroots level.
When Washington originally created the Week, he used a grassroots approach. Communities could celebrate the Week at different times and in a variety of ways. While he and Moton published a pamphlet that included suggested activities and how locals could organize an NNHW, communities largely chose their own goals and methods of celebrating based on local needs and resources.
As might be expected, the USPHS takeover in the early 1930s led to a more standardized approach to the Week’s activities. Under the USPHS, the members of the medical establishment, doctors, nurses and public health officials, were the keys to the Week and, with the vast resources and connections of the USPHS behind them, they came out in droves to support NNHW. The number of lectures, films, radio programs, and exhibits providing health information and instruction increased substantially. Conversely, during the same period, grassroots activities that lay professionals had led in the past, such as planting projects or cleaning areas other than homes and lots, decreased dramatically.
However, examining the NNHW materials at the College of Physicians of Philadelphia indicates that, even by the late 1940s, local grassroots organizers still had significant independence within the Week. The archives reveal that Brown’s advice for the Week’s radio broadcasts permitted a great deal of leeway to local organizers in terms of what types of health issues to focus on, the ways to conduct the program, and even the audience to target.
Additionally, the archives at the Barbara Bates Center at the University of Pennsylvania and at the New York Academy of Medicine provide a more nuanced understanding of the health situation that blacks faced in Philadelphia and New York. This context helps to better comprehend the actions and activities of local NNHW leaders in these cities. In particular, the role of public health nurses and local medical associations illustrates that, even if the medical establishment did not lead or originate the Week, it remained highly involved. However, these medical professionals were not above fighting to publicize the role they played in the Week over that of lay professionals, which could create jealousy and dissention within the black community.
This research at the Consortium’s partner organizations has led me to two insights regarding the USPHS takeover of the Week. First, it directly contributed to the massive growth of the Week, which increased from 475,000 participants in 1933 to millions by the mid-1940s as the Week became a National Negro Health Movement working on year-round health improvement. Second, this takeover exemplified the increased importance of public health as a domain of the state during the twentieth century and made possible the reassertion of its control over black bodies.