The Rockefeller Archive Center announces the opening of record group 3 of the records of the China Medical Board (CMB).  This collection (listed as FA1554 in RAC's online finding aid system, DIMES) consists of 24 cubic feet of materials, including grant records, board minutes, correspondence, reports and publications.  While some records date to the establishment of the China Medical Board as an independent foundation in 1928, the majority of the records in this newly available collection document 1990s-2000s funding of medical research and healthcare programs in East Asia and Southeast Asia.  The largest portion of grant files are for institutions in the People's Republic of China, but there are also important materials in this collection regarding CMB philanthropic support for medicine and health in Taiwan, Indonesia, Vietnam, Thailand, Mongolia, and Laos.

The China Medical Board was originally founded in 1914 as a division of the Rockefeller Foundation to care for the developing interests of the foundation in China. In 1915, the Rockefeller Foundation purchased and assumed support of the Union Medical College in Peking, which had been founded in 1906 by a group of Protestant missionaries. The institution was renamed the Peking Union Medical College (PUMC). Its reconstruction, development and support gradually became the primary, though not the exclusive, interest of the China Medical Board.  In 1928, the CMB was endowed as an independent American foundation and continued its support of the PUMC. With the Japanese occupation of Peking, both the Rockefeller Foundation and the CMB continued their programs in unoccupied regions in China.  After the war, the China Medical Board (and the PUMC) returned to the capital.  CMB withdrew from PUMC and China in 1950, following the establishment of the People's Republic of China (PRC).  From that period, CMB expanded its philanthropic activities into other Asian countries- including Japan, Korea, Hong Kong, Philippines, Thailand, Indonesia, Malaysia, Singapore, and Taiwan. With an invitation from the government of the PRC in 1980 to return, CMB renewed its activities in China, supporting medical research in a wide range of Chinese academic institutions.

The finding aid for this collection can be found at:  https://dimes.rockarch.org/xtf/view?docId=ead/FA1554/FA1554.xml;chunk.id=headerlink;brand=default;query=fa1554&doc.view=collection. 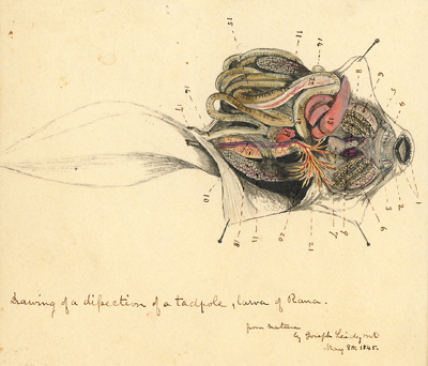