The Salubrious Sea: Marine Hospitals, the Environment, and the Health of American Urban Children, 1870-1930.

Meghan Crnic University of Pennsylvania 2011-2012 Dissertation Research Fellow The Salubrious Sea: Marine Hospitals, the Environment, and the Health of American Urban Children, 1870-1930. Too often archival historical research requires taking multitudes of photographs in order to limit expenditures of time and money. The generosity of the PACHS Dissertation Research Fellowship afforded me the critical opportunity to slow this process. This past Fall I spent a month combing the archives at the College of Physicians, Historical Society of Pennsylvania, and the Hagley Museum and Library. My findings transformed my dissertation, “The Salubrious Sea: Marine Hospitals, the Environment, and the Health of American Urban Children, 1870-1930.” Through an initial survey of the holdings at the College of Physicians and Historical Society of Pennsylvania, I knew their collections on the Children’s Seashore House would provide important information regarding the institution’s work with poor, immigrant Philadelphian families in the late nineteenth and early twentieth centuries. I had not anticipated how the research would alter my argument regarding the ways in which these families participated in, negotiated, and contested programs of environmental therapeutics during the Progressive Era. Founded in Atlantic City, NJ in 1872, the Children’s Seashore House (CSSH) treated sick and weak urban children. In addition to its pediatric work, the hospital provided indigent mothers with the opportunity to bring their families to the seashore for one to two weeks, to restore and build their health. While at the CSSH, families lived in “Mothers Cottages,” while children admitted without their mothers stayed in the wards of the main hospital building. Given the cultural milieu of the Progressive Era, I was unsurprised to find that physicians and social workers understood the hospital’s work in terms of both healthcare and Americanization. More intriguing was the ways in which the patient log-books exposed the sophisticated ways in which families negotiated these forces and utilized the institution for their own means. Spending weeks perusing the CSSH’s records, I discovered that immigrant mothers recreated their urban kinship networks in the remote space of seashore hospitals. Traveling with friends, relatives, and neighbors, families spent one to two weeks at the institution. Rather than acquiescing to coercive medical authorities, I argue that immigrant mothers operated as savvy consumers of this pediatric institution, utilizing it to achieve objectives ranging from healthcare for their children to taking a vacation at the beach. Having a month as a PACHS Dissertation Research Fellow facilitated my ability to draw connections between families and their practices, and analyze their participation in programs of environmental therapeutics, such as sea-air, sea-water, and sun bathing. This experience deepened my understanding of the medical cultural of the late nineteenth and early twentieth centuries in the United States, moving beyond rhetoric of social control, and illuminating the complexity of interaction between actors. In addition to charting the negotiations surrounding pediatric healthcare, I had the good fortune to further my investigation into the role of technology within environmental therapeutics. I was interested in how and why medical technologies were incorporated into, and eventually replaced, so-called “marine medication.” Collections at the Hagley Museum and Library as well as the College of Physicians yielded important clues. I discovered technologies that physicians and scientists developed to recreate and replace the health-giving effects of the natural environment. These included UV lamps and ozone generators, devices designed to mimic the salubrious components of the sunshine and sea air, respectively. My examination of these objects made clear that rather than representing a departure from ideas of natural therapeutics, longstanding medical conceptions about the curative value nature was built into the technologies upon which practitioners depended – then and now. Being a PACHS Dissertation Research Fellow was critical to the development of my dissertation’s narrative and argument. While the research was rewarding, it was made more meaningful by being a member of the PACHS community. I am indebted to the tireless dedication of the archivists with whom I worked, particularly Annie Brogan at the College of Physicians, whose devotion and good cheer made conducting research a joy. Additionally, I had the good fortune to overlap with Susan Brandt, another PACHS fellow, at the archives. Our lunch conversations about our projects pushed me to pursue new avenues of inquiry and thought. Working within a vibrant community with a shared dedication to the historical inquiry of the sciences, technologies and medicine, was invaluable to my development as a scholar. For this experience, I thank everyone at PACHS. 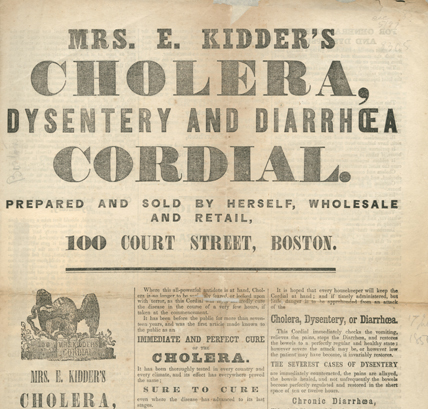