The Social Relevance of Studying Domestication in the Early 20th Century

Domestication has long been a familiar trope for human social evolution among anthropologists and social scientists. It has also served as a proxy for organic evolution for naturalists and biologists during the late 19th and early 20th centuries. Only a handful of these historical actors, however, put the various hypotheses concerning domestication to experiment. My dissertation traces the efforts of those researchers, primarily biologists and psychologists, who subjected domestication to experimental scrutiny. In particular I focus on the work of Henry H. Donaldson, Helen Dean King, and Clyde Keeler. Their investigations spanned the period from the early to the middle years of the 20th century, as the perceived relevance of biological explanations for social phenomena changed markedly. For these scientists, domestication served as both a metaphor for contemporary social events and an agent of significant biological and psychological change that helped to guide the discourse between pre-existing social ideas, experimental observation, and the interpretation of scientific “facts.” Their conclusions, derived ostensibly from their experiments on domestication, fed fears about social degeneration and race mixing. My goal is to understand the role that domestication played in conceptually organizing this exchange, and particularly to elucidate how domestication lent itself to rich social pronouncements. My visit to Philadelphia on a month-long PACHS Dissertation Research Fellowship helped me to advance much further in this goal than I had anticipated. Not only is Philadelphia a figurative mecca for the history of science generally, it is also home to the richest collections of correspondence among early geneticists (and eugenicists). It was also the site of the most substantial domestication experiment undertaken in the United States. The manuscript collections at the library of the American Philosophical Society (APS) contain a significant amount of loose correspondence between domestication researchers and other geneticists, psychologists, eugenicists, and scientific administrators. I was delighted by the candor of some of these exchanges. The APS also houses the diaries of Donaldson, a neuroanatomist who was one of the first to experiment with domestication to understand its effects. Though scant on details, Donaldson’s diaries reveal the breadth of his involvement with figures across the national scientific community, including many in the social sciences, over a period of 40 years. In the libraries of the University of Pennsylvania and Princeton University I found correspondence between my dissertation figures and notable early-20th-century biologists such as Edwin G. Conklin and Charles F. W. McClure. In summary, I found correspondence and related materials that help to clarify my subjects’ opinions and motivations, often difficult to derive from their scientific reports alone. In addition to my fellowship work, I spent one day per week at The Wistar Institute (not a member of the PACHS consortium), where Donaldson carried out his experiments in domestication, using albino rats. I pored over Wistar’s collections of Director’s Reports, correspondence, historical images, and miscellany—including specimens of rats preserved from the original domestication experiment—and gained a fuller understanding of the goals, process and progress of Donaldson’s research and that of his colleagues. I sincerely thank Babak Ashrafi, Bonnie Clause, and the other PACHS fellows, whose advice broadened my perspective and led me to more carefully consider the relation between external factors influencing scientific research and the final interpretation and presentation of scientific knowledge. I am also grateful for the efforts of Earle Spamer and Roy Goodman at the APS, Nina Long at the Wistar Institute, and Charles Greene at Princeton University’s Rare Books and Special Collections. 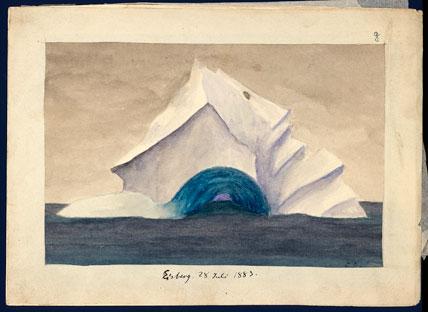