Thomas Wijck’s Painted Alchemists at the Intersection of Art, Science and Practice

Elizabeth Berry Drago University of Delaware, Department of Art History 2013-2014 Research Fellow
The numerous alchemical paintings of Thomas Wijck (1616-1677) offer a major source for laboratory imagery in the early modern North, yet they remain misunderstood. Alchemy was more than an obsessive quest for immortality or gold—it was a set of tools by which individuals manipulated nature. Alchemists were not the only experts in transformation: artists’ workshops were also sites of experimentation where the boundaries of nature were tested. Comparisons between art and alchemy are not new, nor were they ever merely rhetorical: the line between artisanal and alchemical knowledge—particularly in metalworking, dyeing, etching, and other arts—was thin, permeable, at times nonexistent. My current research is directed at Wijck’s studio and his patrons, exploring the technical/chemical aspects of painting and printmaking as well as the intellectual and social circles in which he traveled. With support from PACHS, I completed research in the Rare Book collections of the University of Pennsylvania, examining 16th and 17th century treatises on alchemy and artisanal methods. Among them was the German physician Sebastian Wirdig’s Nova Medicina Spirituum Curiosa (1688), which expounded Wirdig’s iatrochemical and Rosicrucian leanings and was dedicated to the founders of the Royal Society of London. Though Wirdig’s training was in diagnosis and the preparation of medicines, he frequently made reference to artistic practices, as in this passage comparing the work of the camera obscura to the operation of spirits: “as it is through the glass in a dark room, through the eyes of men... these spirits of things are impressed.” Wirdig’s text contains a central illustration by the engraver and portraitist Cornelis Nicolas Schurtz, showing an allegorical scene of Mercury in the presence of Saturn, Neptune, and the figure of Death. The language accompanying this illustration—the use of the term “inventor” for Wirdig, and “delineavit et sculpsit” for Schurtz—indicates that author and artist may have collaborated on the final design. This artist’s familiarity with alchemical signs and allegories may not have been limited to a single publication, as Schurtz worked for the English court and the intimate circles of Charles II, whose personal patronage of alchemy is well-documented. The artist central to my dissertation—Thomas Wijck—was likewise employed by Charles II’s inner circle, and individuals vital to the founding of the Royal Society of London. Thus the work of Wirdig and Schurtz has provided an access point to the ways in which artists and alchemists interacted in the world of printmaking and publishing in England. Additional research was carried out in the collections of the Wagner Free Institute of Science, which holds volumes focused on the history and techniques of the commercial dye industry. Alchemy was used to create numerous dyes, pigments and fixatives which were central to the Dutch economy—as well as to the painter’s profession. Thomas Wijck’s family ties to the textile industry suggest the artist may have had more than a passing familiarity with these practices. Texts such as James Haigh’s The Dyer's Assistant in the Art of Dying Wool and Woolen Goods, as well as Claude-Louis Berthollet’s landmark Eléments de l'art de la teinture, provided historical background on the origins of dyes as well as the methods of preparation and handling. This direction in dissertation research—dyes, textiles, and commercial chemistry—has also contributed to a forthcoming Fall 2014 article for Chemical Heritage Magazine which deals with an incident in the history of the commercial laundry industry. With vital support and encouragement from PACHS, my research has uncovered new links between alchemy, dye-making, pigments, and the involvement of artists in the circle of Charles II and the Royal Society. The wealth of first-hand sources, rare texts, and fine art available in these exceptional Philadelphia collections has provided an invaluable opportunity for study and engagement. 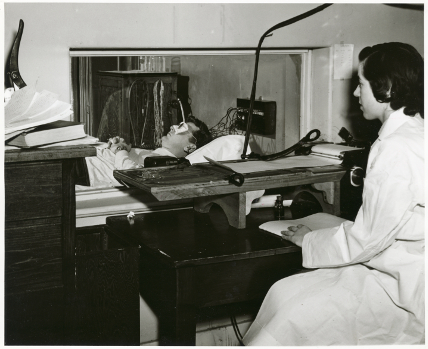