The Transparent Woman: Medical Visualities in Fin-de-Siècle Europe and the United States, 1880–1910 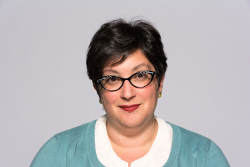 Jessica M. Dandona, Ph.D. is Professor of Liberal Arts at Minneapolis College of Art and Design. She is a 2018–2019 Consortium Research Fellow.

At the end of the nineteenth century, converging historical phenomena such as rapidly increasing immigration to the United States, France’s humiliating defeat in the Franco-Prussian War, and the controversial impact of evolutionary theory on British science provoked intense public debate around the perceived fitness, vitality and reproductive potential of these nations’ citizenry. These anxieties found their expression in widespread efforts to ensure a strong and abundant population by dramatically reducing infant mortality and promoting the health and safety of mothers and children. In the United States and Europe, public health officials, reformers and physicians influenced by the emerging discourse of eugenics and contemporary theories of ‘degeneration’ sought to harness the power of science to create better, healthier citizens through the measurement, mapping and making visible of the human body – and the female body in particular. Central to these efforts was visual imagery in a bewildering array of forms: anatomical atlases, clinical pamphlets, obstetrical models, textbooks and teaching charts, as well as abundantly illustrated medical studies, which together formed a dense corpus of representations of the body.

My current book project, The Transparent Woman: Medical Visualities in Fin-de-Siècle Europe and the United States, 1880–1910, investigates how physicians in three early centers of medical training—Paris, Edinburgh, and Philadelphia—conceptualized the bodies of women and infants in visual terms. My goal is to trace the transition from a tactile, haptic exploration of the human body represented by the act of dissection to a more technological, visual approach that in effect dematerializes the body, transforming it from object to image. As the corporeal form became more acutely visible, I argue, it was also increasingly less present: the body became an image made to stand in for abstract concepts such as health and illness—a process that has profound implications for our 21st-century notions of the corporeal. Indeed, the growth of medical specializations and the institutionalization of anatomical knowledge at the end of the 19th century established conventions for visualizing and understanding the body, I contend, that would prevail for the next century or more.

Central to my research is an attempt to reconstruct the visual and material environments in which medicine was taught. From the dissecting room to the lecture theater, I have sought to identify the specimens, models, teaching charts, and textbooks that offered students diverse ways of encountering the human body. Due to their very nature as teaching objects, such works are often ephemeral in nature, and their survival in museum and archival collections is inconsistent. It was a great pleasure, then, to work with the extensive collections of the College of Physicians in Philadelphia. Home to both the Mütter Museum and the Historical Medical Library, College of Physicians offers researchers a unique opportunity to work with printed and material artifacts alike.

During my time at the Mütter Museum, I was able to examine 19th-century models manufactured by well-known makers such as Louis Auzoux and Maison Tramond alongside a number of 19th-century anatomical preparations, including preserved placentæ, fetal skeletons, and a range of pelves. Due to their fragile nature and controversial status as collected and preserved human remains, such specimens are rarely displayed in public collections. The opportunity to study them alongside and in conversation with contemporary anatomical models, textbooks, and other representations of the body, then, allowed me to begin to understand the experience of 19th-century medical students.

While anatomical models and preparations comprised privileged methods for learning about the body in this period, dissection remained the mainstay of medical studies. The collections of the Historical Medical Library were particularly helpful in reconstructing the history of this practice. The library is home to a number of student notebooks recording, in text and image, anatomical anomalies observed in the dissecting room. These hand-drawn albums, created as part of a competition sponsored by Dr. H. Lenox Hodge at the University of Pennsylvania, document students’ encounters with the human cadaver in the 1870s and 1880s. They thus provide invaluable insight into the visual and anatomical conventions involved in the task of transforming the body into an object of study and display.

Following my work with collections in Philadelphia, I traveled to New York to explore the resources of the library of the New York Academy of Medicine. Like the College of Physicians, NYAM is home to many 19th-century works, ranging from scrapbooks and newsletters to folio anatomical atlases and collections of engraved plates. Of particular interest for my research were the large number of student notebooks dating from the end of the 19th century. These hand-written lecture notes allowed me to compare approaches to teaching anatomy across a range of courses and instructors, including those working in Philadelphia, Boston, and New York. As many are illustrated with small diagrams and sketches, moreover, the notebooks also confirmed the emphasis placed on not only consuming but also producing images in the teaching of medicine at this time.

In short, then, the Consortium for History of Science, Technology, & Medicine Research Fellowship, by allowing me to work with primary sources in two early centers of medical training, has been invaluable to my efforts to understand the role of the visual in the teaching of anatomical science. Further, as the pace of innovation in medical imaging continues to accelerate, a historical study of strategies for visualizing the corporeal allows for a consideration of how new techniques might influence the way we treat and understand the human body. In short, my time at College of Physicians and at the library of the New York Academy of Medicine offered valuable insights into the foundations of modern medical science and into forms of visuality that continue to prevail in the medical discourse of our own time as they did in 1890.