The Library Company of Philadelphia is America’s oldest cultural institution. It was founded in 1731 by Benjamin Franklin as a subscription library supported by its shareholders, as it is to this day. From the Revolutionary War to 1800, when the national government was in Philadelphia, it also served as the library of Congress. Until the 1850s it was the largest public library in America. Today the Library Company is an independent research library concentrating on American history and culture and its European background from the 17th through 19th centuries. Free and open to the public, the Library Company houses an extensive non-circulating collection of rare books, manuscripts, broadsides, ephemera, prints, photographs, and works of art. The Library Company funds fellowships for research in its collections and regularly provides exhibits, lectures, symposia, conferences and publications to make the collections accessible to the widest possible audience.

The Library Company’s holdings include over half a million rare books, pamphlets, manuscripts, and graphics documenting every aspect of American history and culture through the end of the 19th century, as well as European printed works that provide the context in which American documents were written and published. Its strengths include: Afro-Americana; American science, technology, economics, architecture, agriculture, natural history, education, philanthropy, and medicine; German-Americana; the history of printing and publishing; American Judaica; the history of women, domestic economy, and family life; printmaking, mapmaking, and photography in Philadelphia; and the libraries of James Logan and Benjamin Franklin. A separate Print & Photograph Department manages, provides access to, and more actively develops the Library Company's graphics holdings. The Library Company has hundreds of early scientific treatises, including some of the earliest to be printed in America. In addition, the Library Company’s holdings are strong in transactions of scientific societies and 18th- and 19th-century works on physics, chemistry and electricity. An impressive array of early scientific instruments ranges from Benjamin Franklin’s electrical machine to optical instruments. The Library Company also holds extensive collections of technological manuals and treatises, trade catalogs, and works related to the development of steam power and to the Lowell mills. Holdings in the history of medicine include the papers and medical library of Dr. Benjamin Rush. In addition, the Library Company has one of the premier collections of printed materials related to the history of popular medicine, including broadsides, trade cards, pamphlets, periodicals and books covering such subjects as patent medicine, alternative medical treatments, quackery, and public health. In 2009 the Library Company upgraded ImPAC, the digital collections catalog, to DigiTool, a Digital Asset Management System that replaces ENCompass, our former platform. The new ImPAC provides the user with enhanced features including improved searching, easier collection browsing, and the ability to zoom and rotate images.

https://librarycompany.org/calendar/
Link to Podcast:
Talking in the Library
Online Exhibitions 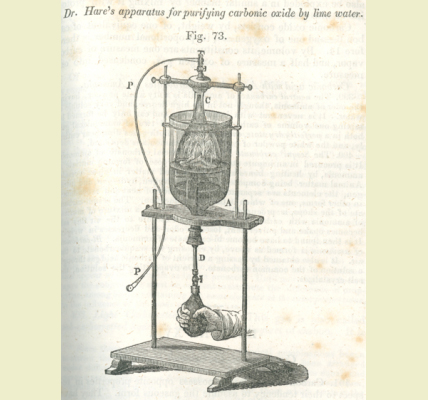