Fields of Empire: Science, Ethnoscience and the Making of the American Century 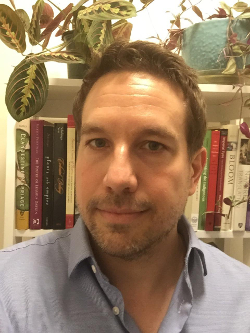 Geoff Bil is a 2018-2019 Research Fellow and Postdoctoral Fellow at the New York Botanical Gardens.

Where does science end and ethnoscience begin? Such boundary work is integral to ethnobotany and ethnoecology, which study the local botanical and environmental knowledges of diverse peoples in relation to purportedly universalist Western approaches. Imperial concerns are at the very foundation of the discipline. A Philadelphia botanist named John William Harshberger coined the term ethnobotany in 1895 – a mere two years after Frederick Jackson Turner declared America’s western frontier to be closed, and three years ahead of the Spanish-American War, which paved the way for further imperial acquisitions in Southeast Asia, the Americas and the Pacific. It was in these fields of empire that ethnobotany and ethnoecology came into their own, as means of surveying the human and environmental resources annexed to American spheres of influence, rationalizing these annexations on ethnological grounds and, at the same time, sanctioning ethnographic relationships that undermined these assumptions.
My second book project, Fields of Empire, analyzes this history from ethnoscience’s beginnings in nineteenth-century frontier anthropology, through iterations in Southeast Asian and Central American contexts, to its more reflexive, contemporary approach to indigenous knowledge. This work builds substantially on my first book, Indexing the Indigenous: Plants, Peoples and Empire (under contract, Johns Hopkins University Press), which analyzes the circulation of indigenous – especially Māori – plant names and knowledge between cultures, disciplines and localities from 1750 to 1910. This research drove home the pivotal importance of locating sources that illuminate knowledge-making relationships frequently marginalized within official and elite published accounts. Such materials are similarly crucial for Fields of Empire, which sets out to explore the motivations not only of Western ethnoscientists working at the intersection of numerous languages, cultures and disciplines, but also of the indigenous experts on whom they depended, in shaping attitudes toward indigenous engagements with nature.
The project begins by looking at the work of the botanist Edward Palmer (1829-1911), widely considered one of the progenitors of twentieth-century ethnoscience. Collections at Harvard and the Smithsonian Institution illuminate both the geographical breadth of Palmer’s interests in American Indian ethnography and comparative agriculture, from the Midwest to California and Northern Mexico, and the superficial depth of his ethnobotanical knowledge, which he garnered largely from public markets. Palmer’s example nonetheless informed Harshberger’s conception of ethnobotany, which had nothing to do with understanding plant interactions on indigenous terms, but rather with extracting historical information, discovering products for Western manufacture, and ranking indigenous peoples in relation to a Western cultural standard. The Harshberger papers at the University of Pennsylvania, meanwhile, indicate that Harshberger’s own ethnoscientific research rarely extended beyond the library.
I next turn to the question of how these views translated to the study of indigenous knowledges outside North America, with emphasis on the work of Elmer Drew Merrill (1876-1956), a systematic and economic botanist who arrived in the Philippines in 1902. In his colony-scale attempt to catalogue the Philippine flora, Merrill used native plant names – garnered for the most part from his library in Manila – to ascertain the identity of poorly prepared or described herbarium specimens. Although he conducted no in situ ethnoscientific fieldwork and learned no non-European language, correspondence records at Harvard and the Smithsonian reveal Merrill’s enormous influence on others who did. One of these figures was Harley Harris Bartlett (1886-1960), a botanist who first arrived in Sumatra in 1918 as a horticultural consultant for US Rubber. Bartlett’s subsequent ethnoscientific contributions are inextricable from the close relationships he formed with the Pardembanan Batak community of Silo Maradja in northeastern Sumatra. Fearing the encroachment of American rubber plantations, community members likely viewed their botanical and ecological knowledge as evidence of longstanding territorial occupation and custodianship, and may thus have been motivated to communicate this knowledge through Bartlett in an effort to forestall incursions onto their ancestral lands. After conducting similar research in Central American and the Philippines, Bartlett wound up mentoring a young anthropologist named Harold Conklin (1926-2016), whom he met in Manila in 1947, and who would go on to produce finely grained studies of indigenous Hanunoo and Ifugao ethnoscience. Conklin’s papers at Yale University shed light on his intellectual debt not only to Hanunoo, Ifugao and other Philippine indigenous experts, but also to influential Mohawk educators like Ray Fadden (1910-2008) and William Cook (1920-1952). I’d hoped to find similar influences on the work of Norman Taylor (1883-1967), who prospected for rubber in Brazil and ran the New York-based Cinchona Products Institute, whose papers are held by the New York Academy of Medicine, but was unable to do so.
Despite many ethnoscientists’ close involvement with indigenous communities, a general emphasis on the instrumentality of indigenous knowledge for Western concerns, and on evaluating indigenous botanical and ecological knowledges in relation to Western standards, frequently implicated them in the very colonizing processes they opposed. It is for this reason, I suspect, that Conklin broke with this view by insisting that such knowledges were, strictly speaking, untranslatable, and therefore intelligible only in terms of the cultures that produced them. Tensions persisted, however. Ford Foundation records at the Rockefeller Archive Center reveal a striking contrast between Darrell Posey’s (1947-2001) ethnoscientific research amongst the Kayapo people of Brazil, for instance, through which he hoped to mitigate the intrusion of extraction-oriented settler interests, versus the large number of ethnoscientific projects centered on the profit-oriented “upscaling” of indigenous knowledge in Amazonia, the Philippines and elsewhere. Posey would go on to argue vociferously against what he perceived to be the exploitative, colonizing motivations underlying these concerns.
CHSTM member collections have been pivotal to this project. They have shed invaluable light on ethnoscientists’ ambivalent disciplinary identities, intersecting numerous fields in the humanities, social sciences and biological sciences. They have also enabled me to grasp the ways in which ethnoscientific endeavours bridged colonial circumstances in the continental United States with imperial contexts further afield. Most intriguingly, these materials highlight how ethnobotany and ethnoecology have been shaped in significant ways by indigenous strategic priorities that have worked, variously, to expedite and unsettle the very process of making indigenous cultures and knowledges legible.