Inventing Indian Country: Race and Environment in the Black Hills, 1851-1981 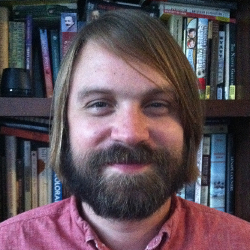 Stephen Hausmann is a 2018-2019 Research Fellow and a Doctoral Candidate in the Department of History at Temple University.

Late on the night of June 9, 1972, a cascade of water rushed down Rapid Creek and into downtown Rapid City, South Dakota, killing nearly 240 people. The flood that night did not kill equitably. Years of segregationist city policies, employment discrimination, and federal relocation programs had created a large Native community in Rapid City situated along Rapid Creek’s floodplain. The 1972 Rapid City Flood destroyed this neighborhood and disproportionately harmed the city’s Native community; approximately 20% of the flood’s victims were Native, despite being roughly 5% of the city’s total population. A total of 2% of all Native people living in Rapid City died that night, compared to .5% of all white Rapid Citians. 18% of the displaced victims were minority families, despite a nonwhite citywide population of only 9%. The 1972 Rapid City Flood was a racialized environmental disaster, an ecological event akin to what the historian and sociologist Eric Klinenberg called “a cultural event as well as a public health crisis.”

Inventing Indian Country examines the history of the 1972 disaster as one outcome from a much longer history of white Americans racializing space in the American West. From the mid-nineteenth century onward, white Americans rhetorically divided North America into settler space and Indian Country. In doing so, they argued that Native land use practices were insufficient and wasteful and used this argument as justification for conquest, removal, dispossession and the imposition of the reservation system. I argue that concepts about race and the environment are intertwined, and that examining these two categories alongside one another reveals continuities between conquest in the mid-nineteenth century, the reservation system in the late nineteenth century, and urban segregation of Native communities in the middle decades of the twentieth century.

My book manuscript is a history of conquest, settler colonialism, and environment on the Black Hills region of Wyoming and South Dakota. Inventing Indian Country employs the lenses of environmental history, settler colonial theory, urban history, and the history of race. I argue that Americans justified their conquest of the West by linking race and environment in the West. Beginning in the middle decades of the nineteenth century, Americans labeled regions as Indian Country, a racialized concept which denoted Native power, danger to white lives, and untapped, underutilized, resource wealth. White American settlers saw Indian Country as wasted promise under Indigenous control and thus marked for conquest and conversion into settler space. Americans also viewed Indians themselves as inherently wasteful and therefore unable to utilize the bountiful resources under their control. It was only white settlers, they claimed, who could unlock the wealth of the land. Indian Country, a term often used uncritically by historians, thus had a specific and historically contingent meaning that changed over the course of the colonial and American national eras.

Americans continued to use the idea of Indian Country to justify urban segregationist policies and as the foundation of the region’s tourism industry well into the twentieth century. Finally, by the 1970s, Indian activist groups such as AIM had begun to re-appropriate the Indian Country idea to reclaim lands and stage protests that asserted Native sovereignty over settler space. The concept of Indian Country and racialized space thus links diverse periods and events in the history of the American West.

White Americans sought to enforce their system of racial hierarchy by various means, most obviously by signing legislation and crafting laws limiting where Native Americans could live and travel. Additionally, they argued that Native land use practices were insufficient and wasteful, and argued that advanced technology and western epistemologies about resources made for more just settlement, cultivation, and energy extraction. Science and ideas about environment formed core justifications for American conquest and Native dispossession. Americans also developed and maintained cultural beliefs which aimed to consign Indians to a North American past, rather than an American future, a process most tangibly apparent in the construction of Mount Rushmore. This national monument, created to valorize American conquest, became an American sacred icon carved into Lakota and Cheyenne sacred space.

Mount Rushmore remains a potent symbol of how American culture and settler space are shot through with race and violence. As white Americans attempted to impose a system of racial hierarchy onto the northern plains landscape, the non-human environment shaped how Americans and Native people lived and worked in the Black Hills region. Mines polluted city waterways, and deforestation led to pine beetle infestations. And in the case of the 1972 Black Hills Flood, racialized spaces also shaped how people died.

In 2018, funding from the Consortium for the History of Science, Technology, and Medicine allowed me to take two research trips. The first, a week-long residency at the Newberry Library in Chicago, allowed me to access several documents crucial to my then-dissertation’s completion. At the Newberry, I was able to read unpublished sociological reports on Rapid’s Native community, describing the complicated racial/cultural strata within the city in the years just prior to the flood. Additionally, the Newberry holds many pieces of tourism memorabilia from mid-twentieth century South Dakota which paint the Black Hills as a white, middle-class, tourism haven. Finally, I listened to several hours-worth of oral histories and meeting recordings from Native activists in the years both prior and immediately after the flood, which describe the political situation on the northern plains in the era surrounding the 1973 Wounded Knee takeover.

Following my visit to the Newberry, I spent a week researching at the Beinecke Library at Yale University. While there, I researched correspondence from Seth Bullock, local business owner and lawman in the Black Hills, whose regular reports and letters illuminated both the racially-heterogeneous nature of the Black Hills gold rush and the continued presence of Native people. Bullock’s papers told the story that later tourist narratives in the Black Hills attempted to erase: that the region was never truly white settler space, and settler colonialism was always contested.

Support from the CHSTM gave me the ability to visit two archives I would not have been able to conduct research in otherwise. I discovered several critical pieces of primary material because of my two-week travel fellowship that allowed my dissertation’s argument to click into place. The archives I visited allowed me to tell the story of Native Rapid City and the Black Hills, and to argue that settler colonialism on the northern plains did not end in the nineteenth century, but its legacy is implicated in the environment, culture, and politics of the region even today.