"The People who Need Us Read Between the Lines": Eugenic Ideology in the Post WWII United States 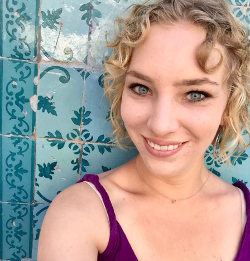 Alexandra Fair is a 2018-2019 Research Fellow and an M.A. Candidate in the Department of History at Miami University.

In 1973 Nial Ruth Cox entered a law office affiliated with the American Civil Liberties Union with a piece of paper in her hand. She asked the lawyer for information regarding the procedure written on the paper: a “bilateral salpingectomy” because the Eugenics Board of North Carolina required her to have one several years previously.[1] Cox’s inquiry about the operation that surgically removed both of her fallopian tubes ignited on of the most shocking court cases to uncover the extent of involuntary sterilization in the post-World War II United States.

Although many states repealed their eugenics statues authorizing involuntary sterilization immediately after the Cox case, eugenics boards continued to operate in some states, including North Carolina and Virginia. Debates over desirable and undesirable reproduction also continued. Theories about the “quality” of populations and their biological destiny informed debates on everything from assisted reproductive technology to welfare and immigration policies.

My master’s thesis contends that postwar eugenic theorists discarded older eugenic terminology about “fit” and “unfit” reproduction in favor of language on “differential fertility” or anthropological constructions of racial difference. Since these new linguistic outfits did not explicitly connect reproductive fitness to race, eugenic theorists successfully infused conservative discourse about social order and the welfare state with subtle allusions to racial difference and genetic capability. These linguistic shifts closely coincided with the development of the medical economy in the late 1940s and 1950s, with rising resistance to the Civil Rights Movement and later exposure of state sponsored involuntary sterilization.

As I expand this research into a dissertation, I am particularly interested in the theorists who moved from eugenics organizations into the realm of “population genetics.” These developing fields decisively rejected older eugenic propositions about the biology of race but proponents nonetheless grappled with the legacy of eugenics in their movements. Some organizations pivoting into population genetics, such as the American Eugenics Society (AES), were once architects of the American eugenic movement. Early AES members openly supported policies such as sterilization or immigration restriction to eliminate “defectives” from American society. Other groups such as the newer Population Council had membership overlap with eugenics groups but did not share eugenicists’ ideas about the hereditary “quality” of populations.

As I began to investigate overlap and distance between the eugenics and population studies movements, the breadth of material at Consortium member institutions provided me with the tools to begin this work. With the generous support of the Consortium I conducted research at the American Philosophical Society, Yale University, the New York Academy of Medicine and the Rockefeller Archive Center. Taken together, these collections expanded my sense of changes in eugenic ideology and motivated me to consider how the developing fields of population control and demography grappled with eugenic premises. Materia from both avowed eugenicists and their stringent critics thoroughly traced the evolution of eugenic thought in the post-WWII United States.

At the New York Academy of Medicine, postwar histories of eugenic thought and sterilization practices documented medical professionals’ assessment of the field at various points in time. Mark Haller’s 1963 text Eugenics: Hereditarian Attitudes in American Thought, which attributed significant policy influence to hereditarian philosophies in the “fairly recent past,” examined the history of eugenics and social policy in the United States. Penned before the exposure of involuntary sterilization in the United States, Haller’s text argued with fleeting certainty that eugenic ideology no longer influenced American policy.

At the American Philosophical Society, correspondence from the Frederick Osborn Papers and memos from the American Eugenics Society papers trace debates about the future of the eugenics movement and the American Eugenics Society in particular. In the postwar United States, Frederick Osborn retained membership in organizations with disparate ideological orientations, ranging from the white supremacist Pioneer Fund to the public health focused Population Council. As such, these records represented a spectrum of ideas about race and reproduction.

At Yale the records of the Milbank Memorial Fund trace the organization’s efforts toward the “prevention” of population health problems throughout the twentieth century. In particular, Milbank’s accounts of annual expenditures and conference literature establish the organization’s priorities at key moments in time. The Fund’s concrete interest in “socioenvironmental factors in relation to health and disease” distinguishes the organization from its list of grantees, which included the American Eugenics Society. However, its frequent research into class or regional fertility differentials situates Milbank within a broader tradition of population studies.

At the Rockefeller Archive Center, the Population Council Archives offered a wealth of information on the group’s many activities. Financial commitments such as the grants to an international study on the long acting contraceptive Depo-Provera illustrate the shifting commitments of population control organizations. Funded as part of the Council’s interest in population control, testing Depo-Provera abroad simultaneously linked the Council to the latest medical technology and raised salient ethical questions about medical testing in developing nations. Given that such discussions were glaringly absent from initiatives such as state eugenics boards for sterilization, these sources model a compelling site for exploration as I expand my master’s thesis into a dissertation.

Outside of the archives, it was a joy to participate in the Consortium’s intellectual community. Insightful questions about my historical definition of eugenics pushed me to clarify which organizations and intellectual trends I place under the aegis of eugenic thought. The opportunity to think through such questions with a room full of scholars interested in the histories of science and technology was a fantastic experience.

[1]Dawn Sinclair Shapiro, The State of Eugenics: The Story of Americans Sterilized Against Their Will, Brown Doggy Pictures, filmed 2016 http://miamioh.kanopy.com/video/state-eugenics