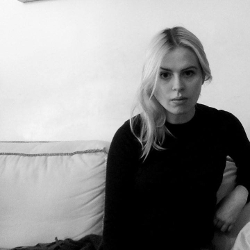 Elaine Ayers is 2018-2019 Albert M. Greenfield Research Fellow and a Doctoral Candidate in the Program in the History of Science, Princeton University.

Describing his experience traveling through the rainforests of Indonesia in his popular 1878 work Tropical Nature, Alfred Russel Wallace—explorer, naturalist, and co-discoverer of the theory of evolution by natural selection—expressed the paradox of working in these environments.  “The traveler and naturalist have combined to praise, and not unfrequently exaggerate the charms of tropical life,” he noted, while:

each strange and beautiful object has been described in detail; and both the scenery and the natural phenomena of the tropics have been depicted by master hands and with glowing colours. But, so far as I am aware, no one has yet attempted to determine the causes and conditions of the phenomena which are essentially tropical, or to determine the causes and conditions of those phenomena (vii-viii).

What the naturalist desired, at heart, was an underlying explanation for why similar species of rare orchids could be found in both Indonesia and in Brazil, why palms trees characterized rainforests but not temperate forests, and why the undefinable feel of existing in a tropical region felt so significant, something he referred to as “a sense of the vast—the primeval—almost of the infinite.”

Strange Beauty: Botanical Collecting, Preservation, and Display in the Nineteenth Century Tropics brings a material and visual culture approach to the history of science, following four unsettling botanical “objects” through the dual construction and destruction of tropical rainforests. These four plants—a miniscule scrap of moss, a bleached and desiccated orchid, a three-dimensional carnivorous pitcher plant, and the gigantic corpse flower—came to stand in for colonial hopes and fears of tropical fecundity and decay along scientific, aesthetic, and political lines on Southeast Asian islands, sites of wrested territory and violence. Choosing to study objects and specimens rather than people or institutions allows me to unravel the complex practices of natural history at work in making things move across oceans, rendering visible the interwoven labor structures involved in “ordering” tropical nature.

Central to my work is the claim that art and science worked together in dissecting tropical rainforests into the “things” they contained, shaping wide-ranging modern conceptions of primitivity, primevalism, beauty, and strangeness. These aesthetic and evolutionary theories not only justified the spread of colonial plantation agriculture and deforestation across island archipelagos but contributed to the (unequal) rise of the Anthropocene and the objectification and commodification of plants and humans, their bodies oftentimes blurring together. The history of natural history and museum collections, I argue, is a history of profound loss.

I began my fellowship last fall at Yale, navigating between collections of books, objects, and correspondence at the Center for British Art, the Beinecke, and the Cushing / Whitney Medical Historical Library. I read botanical textbooks alongside anatomical textbooks at the Cushing, comparing hand-drawn illustrations of “useful” plants to emerging nineteenth century treatises on color vision, reproduction, and “vitalism”—the invisible life force sought after by Romantic physicians and botanists alike. I finished my time at the Cushing with a tour of the infamous “brain room” containing more than five hundred preserved brains and other anatomical specimens.

The bulk of my research, though, took place on home turf at the American Philosophical Society. I began with a correspondence collection kept by William Jackson Hooker (1785 – 1865), the first director of the Royal Botanic Gardens, Kew. Many of these letters, written to both male and female collectors in Britain and beyond (most of them “amateurs”) concern Hooker’s first botanical love: moss and other cryptogams. Deciphering Hooker’s characteristically spidery handwriting, a sense of the intense (and oft-contentious) negotiations over individual botanical illustrations and taxonomies emerges, each short letter interwoven with news both high stakes (the appointment of a new supervisor at the colonial Calcutta Botanic Gardens) and mundane (Hooker’s inability to shake a cold). One lengthy letter, written to an emerging museum curator working in Liverpool in the 1850s, discusses the unique challenges posed by arranging and displaying plants for the public. A decade after opening the groundbreaking Museum of Economic Botany at Kew (now the Economic Botany Collection), Hooker reflects on whether such public displays should favor classification over utility, or, in his terms, “science” over “commerce,” pointing to early debates about who museums should serve and why—debates well-familiar to current museum studies scholars working on the politics of display didactics.

At APS, I also worked with some rare Dutch botanical compendiums describing the plants of the Dutch East Indies, all of them lavishly illustrated and valuable in their material objecthood as well as their content. A series of flora produced by botanist Karl Ludwig Blume (1796 – 1862) as he moved between Java and the Netherlands contain thousands of hand-colored full-page etchings and lithographs, amounting to volumes so heavy (and fragile) that it took multiple staff members and a very creative arrangement of blocks to set them up for viewing. Reader: it was worth it.

In my final weeks at APS, I spent time working with early-nineteenth century Dutch illustrated sources on carnivorous plants, savoring the complexity of form and color that governed morphological debates about these strange tropical plants that few European botanists had actually laid eyes on. Difficult to keep alive on long ship journeys from the East Indies, most European taxonomists relied on this limited selection of illustrations and descriptions, entirely reliant on field naturalists—some of them largely untrained—in forming such high stakes determinations about plant carnivory; about the order of life itself.

More than anything, support from the Consortium gave me the time and space to work with difficult sources that begged for deeper consideration than the typical “photograph as much as you can as fast as possible” archival trip allows for. Getting to spend hours (sometimes days) with a single work allowed me to dissect each illustrated plate as a material object in and of itself—something sometimes taken for granted by art historians but underappreciated by historians of science. I was able to work through difficult handwriting and translate pages upon pages of Latin and High Dutch text in situ, letting me make connections and rethink my next steps while I still had access to collections.

Here, then, is the ultimate beauty of spending long periods of time in the archives for me, even when it feels like my eyes have been scrubbed with steel wool: handling these objects connects you, in a viscerally embodied way, to the same objects handled by your historic subjects. Staring at an illustration of a rare Indonesian orchid (that I’ve never seen growing) presents a radically different challenge for me than it did for William Jackson Hooker, who handled this very same illustration almost two hundred years ago. Writing about issues of embodied labor, of the politics of vision, and of the affective experience of working with objects puts these differences into stark relief, making me more explicitly aware of my own role as a historian, allowing me the opportunity for self-criticism and reflection within the archives, while the illustration is still in front of me.