By Their Locks You Shall Know Them: Race, Science, and Hair in the Nineteenth Century 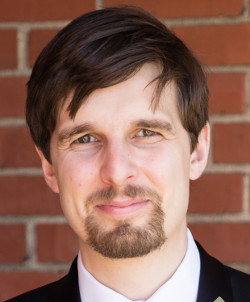 Timothy Minella is a 2017-2018 Research Fellow and a Visiting Assistant Professor in the Augustine and Culture Seminar Program at Villanova University.

I was fortunate to receive support from the Consortium for a book project, tentatively titled By Their Locks You Shall Know Them: Race, Science, and Hair in the Nineteenth Century. I conducted research at four repositories: the Academy of Natural Sciences of Drexel University, the Library Company of Philadelphia, the Hagley Museum and Library, and the Kislak Center at the University of Pennsylvania. Visiting these institutions provided me with a very interesting set of materials that will be integral to my project.

My study centers on Peter A. Browne (1782-1860), a Philadelphia lawyer and naturalist who obsessively investigated the hair and wool of humans and animals. He referred to hair and wool collectively as “pile.” Browne used the microscope to study pile specimens, and he constructed instruments to measure the strength and flexibility of specimens. He thought that this scientific research would improve the wool industry in the United States because sheep breeders would have an objective method to measure the quality of various breeds of sheep. Browne also claimed that the different “races” of humankind had characteristic hair textures. Native Americans had straight hair, whites had wavy hair, and blacks had kinked hair. Browne believed that his analysis of the racial characteristics of hair supported the theory that the races were separate species rather than varieties of one human species. This theory was known as polygenesis.

Support from the Consortium allowed me to review many sources created by Browne himself. Browne claimed that he had assembled the largest collection of hair and wool specimens in the world, and the Academy of Natural Sciences holds this very odd collection. Librarian Jennifer Vess was extremely helpful in giving me access to the pile collection. At the Academy, I reviewed several albums of Browne’s hair specimens. One of the albums contains samples of hair from every American president from George Washington to James Buchanan, with the exception of Millard Fillmore. Perturbed by Fillmore’s refusal to provide him with a hair sample, Browne included in the album a letter he wrote to Fillmore chastising him for failing to assist this scientific enterprise. The Academy also holds a collection of Browne’s letters, and I found that Browne was corresponding with Josiah C. Nott, an Alabama physician and the most prominent American polygenist of the era. Also in the letters, Browne revealed that he was examining the hair of patients in insane asylums to determine whether psychosis changed the characteristics of their hair. At the Library Company of Philadelphia, I examined a number of pamphlets that Browne wrote on such diverse topics as veterinary medicine, geology, and the purported threat that the Catholic Church posed to American sovereignty. These writings will enable me to gain a more complete understanding of Browne’s interests.

Browne was not the only person collecting and displaying hair samples. Prior to Browne’s researches, people had been saving locks of hair from loved ones and famous people, and they sometimes fashioned this hair into jewelry. Browne took advantage of these collecting practices to construct his cabinet of hair specimens. At the Library Company, I viewed an album constructed by Margaret Williams in 1839 that contains artistic displays of samples of her friends’ hair. At the Kislak Center of the University of Pennsylvania, I examined an album that displays locks of hair from Lord Byron and his lovers. The Hagley Library holds a collection of du Pont family papers that includes locks of hair from the du Pont children. These sources reveal how widespread hair collecting was in the nineteenth century.

The repositories also contained sources that gave me a broader view of understandings of hair in the nineteenth century. At the Hagley, I examined several treatises on hair care and advertisements for hair products. The Kislak Center holds a number of family recipe books that contain prescriptions for promoting the growth of hair, dying the hair, and washing the hair. These sources provide a window onto practical knowledge about hair, and I hope to examine this practical knowledge alongside Browne’s scientific studies.

A research fellowship from the Consortium has provided me with a wonderful collection of sources that I will continue to scrutinize as I develop my project. In addition to an eventual book manuscript, I intend to produce a number of articles and conference papers based on the research I conducted this year. I would like to thank the Consortium for their support and encouragement throughout the year.