Wellcome Collection is pleased to announce the catalogue for the archive of Stephen Abrams (1938-2012), parapsychologist, Jungian scholar and cannabis law reform campaigner, is now available online and records can be ordered and viewed on site in the library.

Steve Abrams was an American expat who moved to Britain in 1960 to work on an extrasensory perception (ESP) doctoral thesis at the University of Oxford and head its parapsychology laboratory. His research was funded by the Human Ecology Fund, which turned out to itself be funded by the CIA's MK-ULTRA programme.

Whilst at Oxford, Abrams became involved in drugs activism. In July 1967 he wrote the famous advertisement published in The Times that began “The law against marijuana is immoral in principle and unworkable in practice" and went on to call for reform. The (full-page) advert was paid for by Paul McCartney and signed by various notable names of the day including the rest of the Beatles, Francis Crick, Graham Greene, David Bailey and R.D. Laing.

Abrams went on to set up the Soma Research Association in 1968, which embarked on a research programme to manufacture and investigate the effects of synthetic THC (a cannabinoid). However, by 1969 Abrams was uncomfortable with the scrutiny he and his work were receiving from the press and police and in 1970 he wound up Soma and left Oxford to focus on his research on alchemy and Carl Jung.

In the 1950s Abrams had become interested in Carl Jung's concept of synchronicity and believed parapsychology could be used to test the concept. In 1957 he began a correspondence with Jung that lasted until Jung's death in 1961. His interest in Jung and his work lasted throughout Abrams' life and in 1978 he presented three lectures on BBC Radio 3 under the title "Misunderstanding Jung".

All these different interests and periods of Abrams life are well documented in the archive. It contains manuscripts and drafts for his numerous parapsychology writings, accounts of his campaign activities in the 1960s and copies of his correspondence with Jung. Abrams did not distinguish between his professional and personal papers, and so the archive gives a rich insight into the personality, relationships and working methods of this notable figure of the 1960s counterculture. 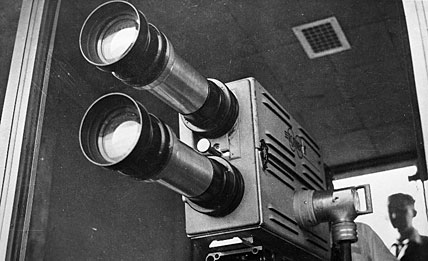