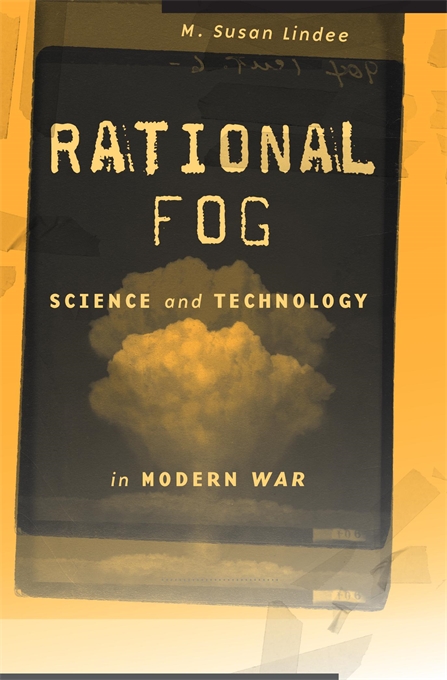 In this episode of Perspectives, we talk with M. Susan Lindee, author of Rational Fog: Science and Technology in Modern War.

In Rational Fog, Susan Lindee explores how war and military funding transformed science, technology and medicine. She discusses the ways in which thousands of scientists, engineers, and physicians justified creating technologies of war, or instead rebelled against the use of science for such pursuits. Indeed, as Lindee reminds us, scientific societies have defended science as a uniquely positive endeavor dedicated to the "welfare of mankind," all while many of their members have pursuit chemical, biological, or nuclear weapons research for the purpose of human injury and death.

Lindee prioritizes the victims of the increasingly scientific wars of the 20th and 21st centuries, noting that atomic bomb casualties, gunshot victims, propaganda and terror targets, and others who are maimed, injured, or killed in war, are often left out of the history of wartime science and technology. And, as science and technology have advanced alongside - and often because of - growing national defense budgets, Lindee asks whether this is the best use of our precious intellectual resources; as she notes, "technologies and sciences associated with the production of human injury have absorbed the energy and the intelligence of some of the smartest people ever to live."

M. Susan Lindee is Janice and Julian Bers Professor of History and Sociology of Science at the University of Pennsylvania.